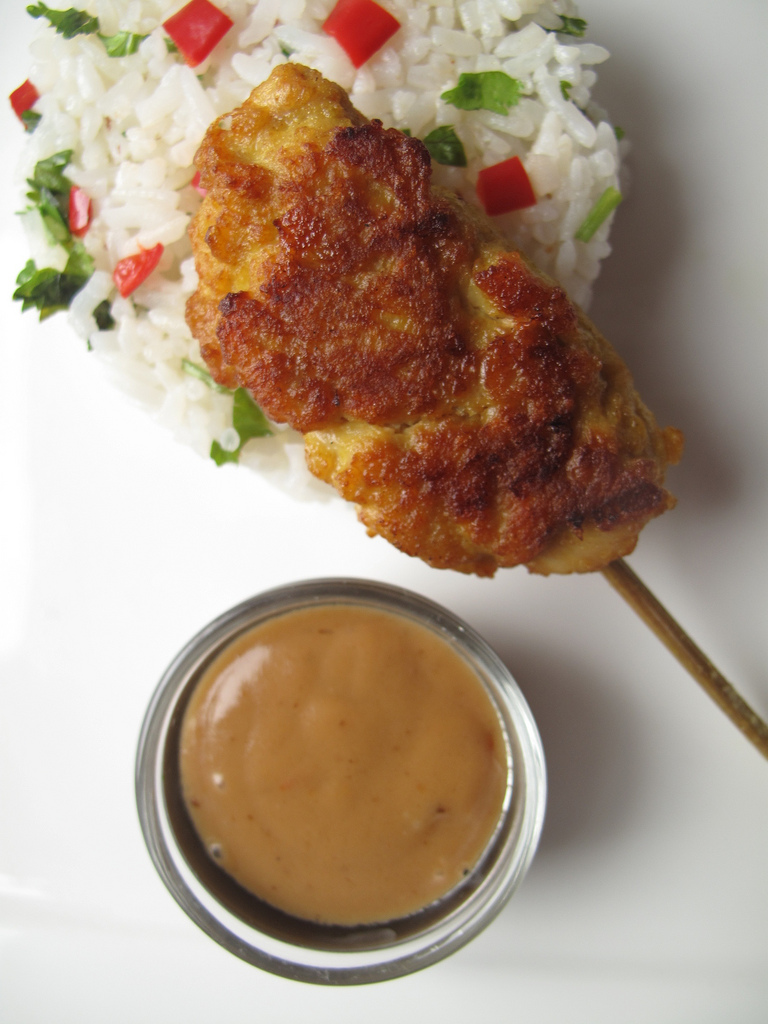 The January 2010 DC challenge was hosted by Cuppy of Cuppylicious and she chose a delicious Thai-inspired recipe for (Pork) Satay from the book: 1000 Recipes by Martha Day.

We, cooks had the options of doing what we wanted as long as we marinated the chosen meat or veg!!! 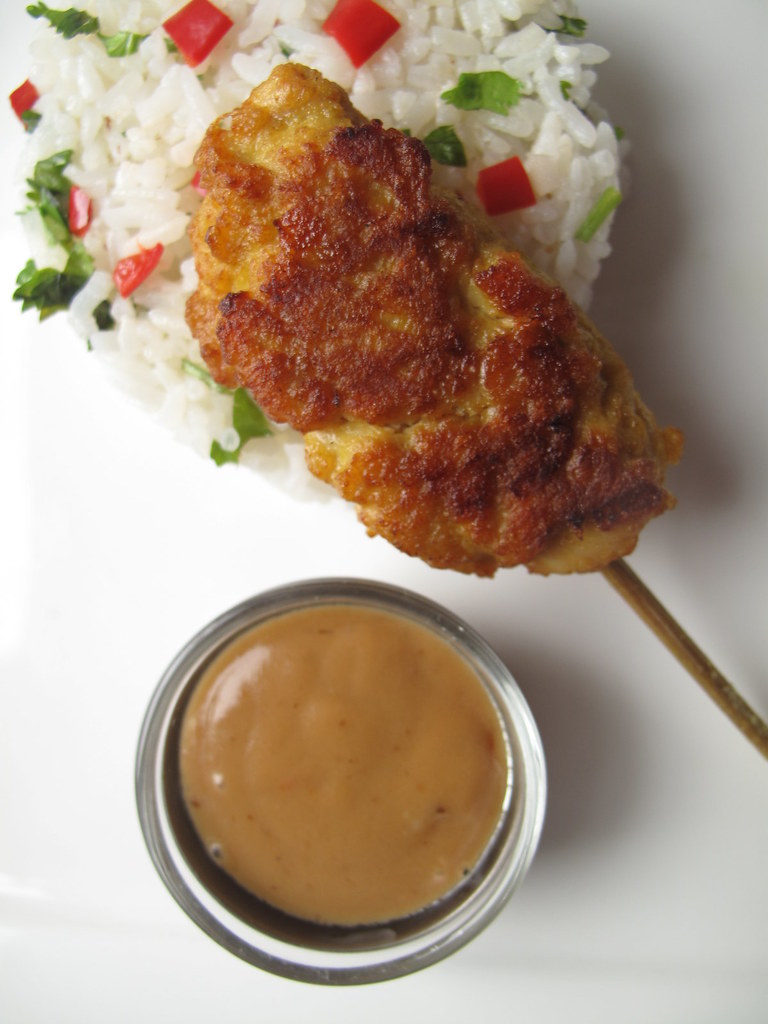 Can you believe it is already the second week of January and this is my first ever contribution to the Daring Kitchen.

Before we proceed though, I must share my shock and surprise of this week with you, and nothing to do with this challenge! 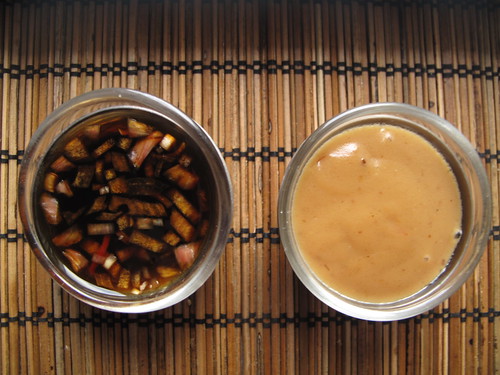 First up is the occasion of surprise. So, I walk into a gathering and sight a guy who is a ‘friend’ (for what do you call someone who is neither an acquaintance or a bosom pal?). Anyhow, catching sight of him proper for the first time this year, I extend a hand, accompanied by the words ‘Happy New Year’!

A minute later, my hand remains unshaken, and words in return? Yes. They were ‘Its past. You can’t say Happy New Year anymore, the 6th of January is past’! 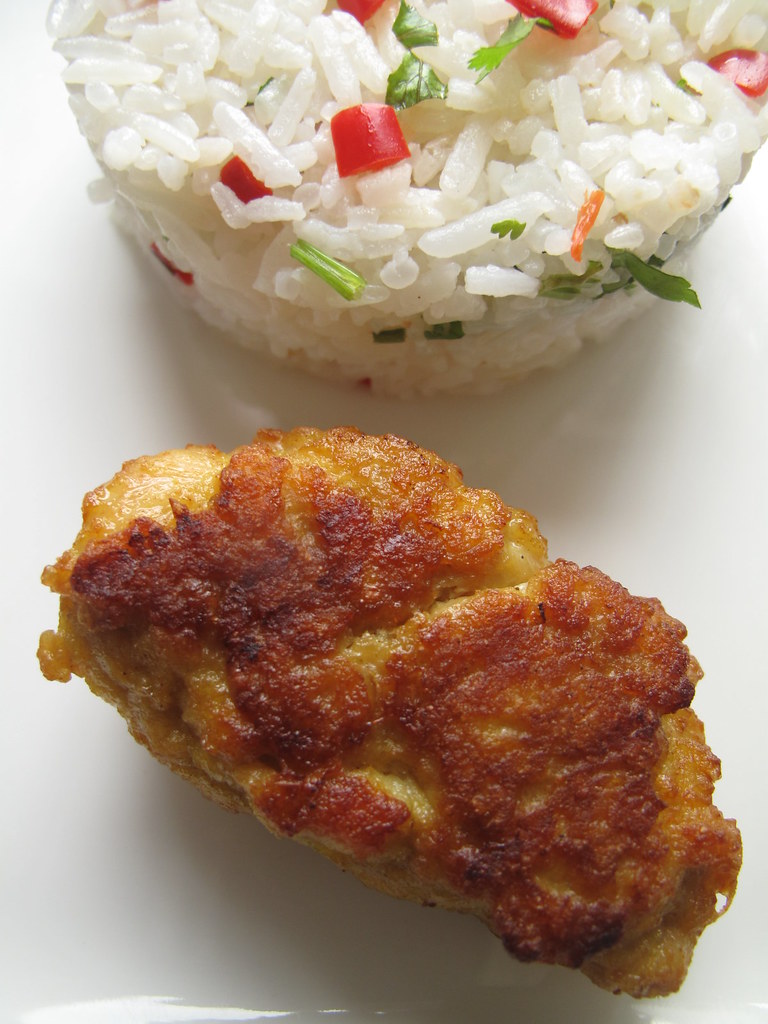 Of course, I learn later that traditionally New Year’s wishes are only offered up till the day of ‘Driekoningen’ or Three Kings, which is the 12th day of Epiphany. And though I had read about Galette des Rois, I didn’t know the Dutch (and others apparently) had a version all of their own! This is the day apparently when the 3 wise men/magi/kings visited Jesus and it officially marks the end of the Christmas season! Therefore, no season’s compliments to be exchanged (or accepted, in my case).

And he truly did not shake my hand! Like I say, you learn everyday! I think there might have been a little joke in it but some people are quite serious about this stuff!!!!!!! 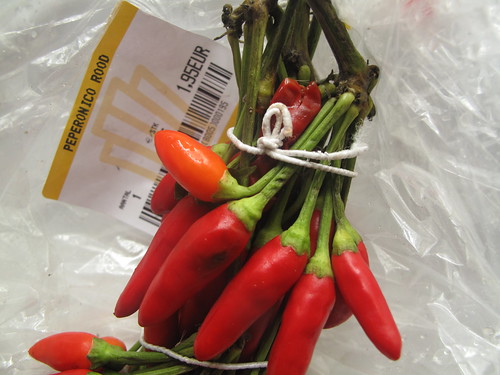 Now for the instance of joy and laughter, I have a write for a friend who never ceases to make me laugh, with genuine pleasure. Two days ago, she showed me her new shoes. Then proceeded to say how much taller she had become…..and how her BMI had improved. I laughed. Hard.

Later on, she sent me an email to say:

I did tell her that I was going to share this bits of amusement with the world, and she bid me farewell, so here it goes S! 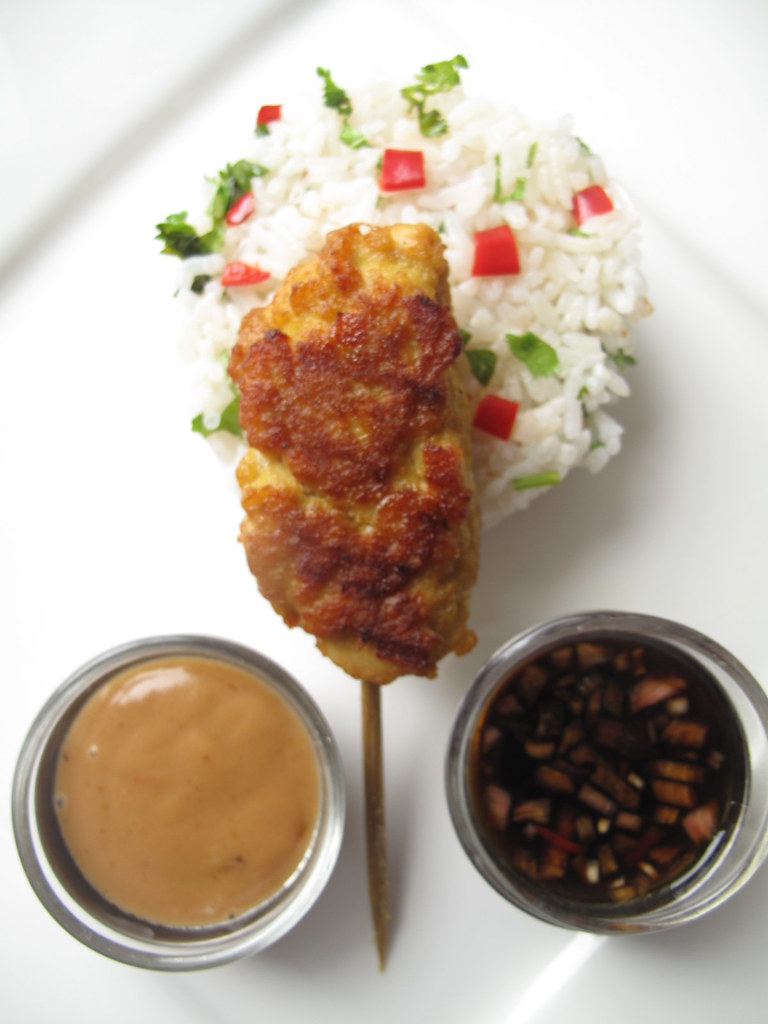 Now moving on to the business, this should have been my second DCs challenge but I couldn’t make the December one hosted by Simone of JungleFrog, much as I loved the idea of making Salmon en croute because I was away at the FBC, Sinterklaas and just plain living.

This time, I was determined that the same fate would not befall me, especially given the flexible nature of the challenge, with the only required part being to marinate. 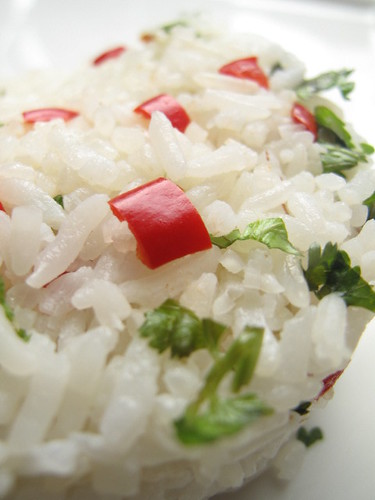 I was ecstatic. I have a great book by Sri Owen called New Wave Asian, which I got in London and I’ve been itching to cook from it! 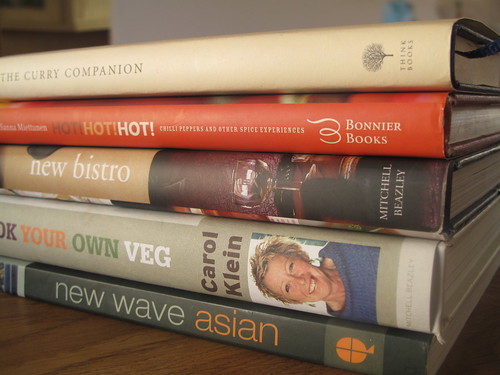 I could have gone for Suya, which is a Nigerian version of the satay – meat pieces on skewers, with a dry rub of spices including ginger, garlic and chilies. Not that Suya is to be sniffed at. Ask my 6 year old meat-loving daughter who lists Suya as one of the three reasons she wants us to move back to Nigeria. The other 2 being her cousins and the warm weather!

According to BBQ Recipe Secrets:
Marinades need to include two basic ingredients: An acid – this can be alcohol such as wine or whiskey, dairy products such as yogurt or buttermilk, or citrus juices. These break down the meat fibers and add flavor.

The second ingredient is an emulsifier. This is generally some type of oil, such as extra virgin olive oil. Using oil in marinades helps carry the flavor deeper into the meat. 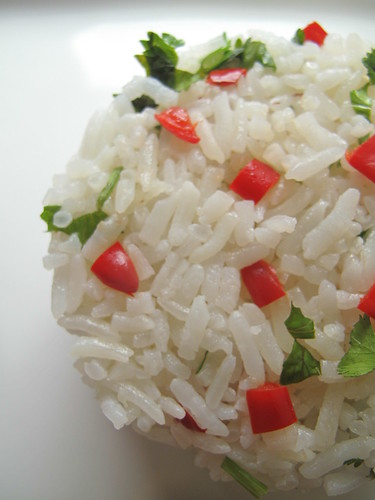 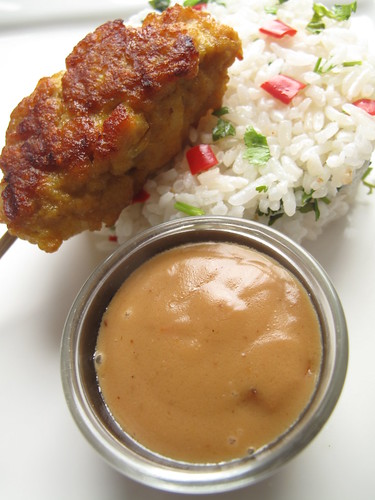 Of all the different recipes in the book, I went for a minced chicken satay because it was relatively easy to make and I knew the guests were having over would love it, as well as our kids. Saying that, my 6 year old chic, the same suya-loving child (of mine)  was a bit cold when she saw the satays. She said she wasn’t sure she would like it because it didn’t look like the Indonesian sates she’s used to. Mind you, she does eat a lot of those because we have a good Indonesian friend who cooks for us a lot.

Imagine having to convince the little madam that they would be good enough for her. Forget trying to convince your fellow bloggers, deal with the Doubting Thomas in your own home, first!!!!!!!

Moving on to the menu: Minced chicken satays with chili and coriander coconut rice. Served with peanut sauce and Soy sauce with chilies

1 teaspoon fish sauce
1-2 tablespoons water
Skewers (if using wooden ones, soak them for at least an hour before use) 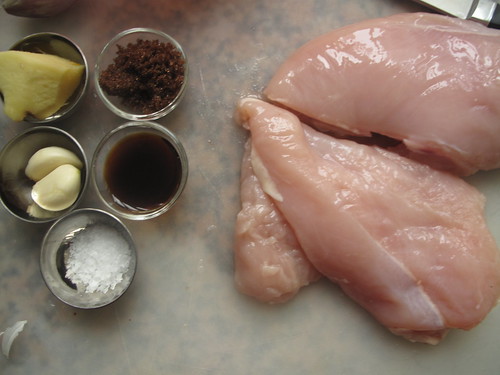 Cut the chicken into cubes and then mince with a large knife. To make it easier, I used my knife like a mezzaluna, rocking back and forth till the chicken was chopped up. 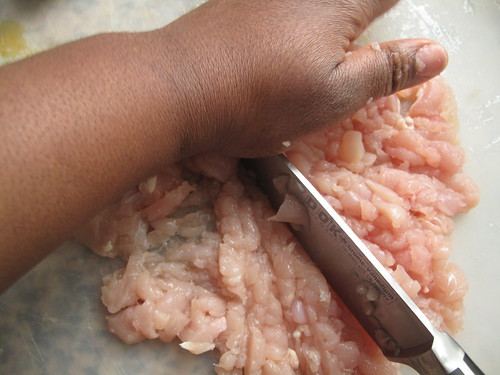 In a bowl, mix the chicken well with the shallots, garlic, soy sauce, cayenne, ginger, salt and sugar. 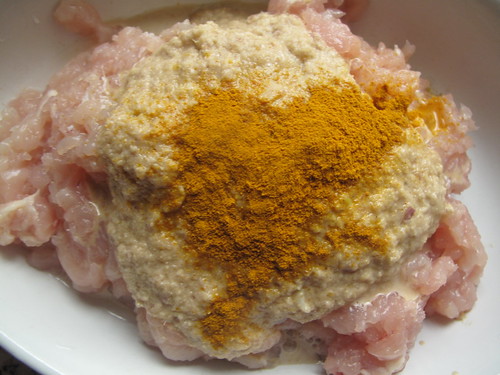 Stir in the egg white (reserve the yolk for pancakes or something else) and flour and knead gently to combine. 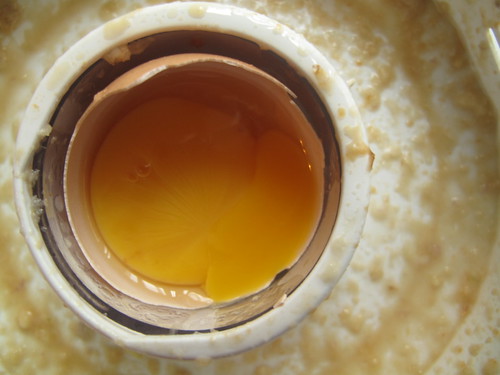 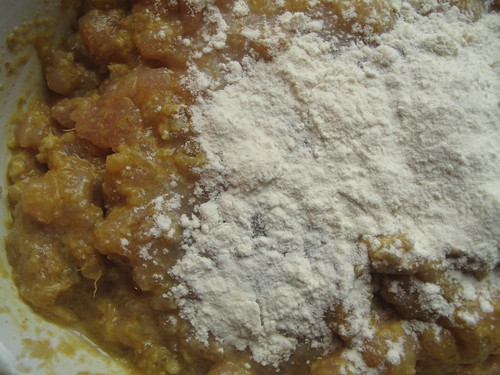 I was supposed to divide the mix up into the individual portions for the satays but it was so sticky I decided to take a chance and form the portions later. 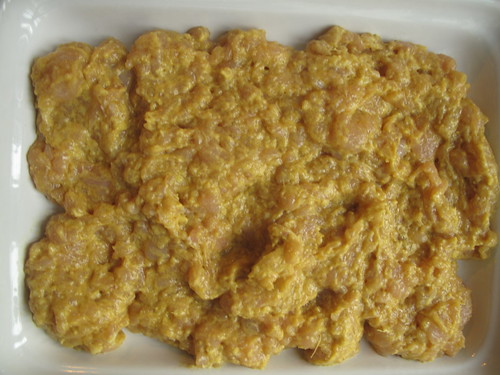 Cover the mix with some cling film and refrigerate for several hours or overnight.

When ready to cook, heat about 120ml oil in a non-stick pan. When the oil is hot, shape the chicken into balls or a sausage shape using a cooking spoon and though the mixture looks soft and unconsolidated, it will keep its form, so worry not.

Fry a few pieces at a time, being careful not to overcrowd the pan. Turn them around so they colour evenly and leave to cook for 2-3 minutes. Remove from pan using a slotted spoon and into a colander, so the excess oil drains away

When they are cool enough to handle, place them on the skewers. 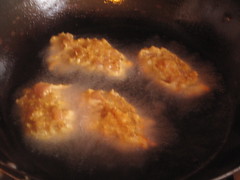 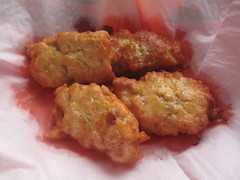 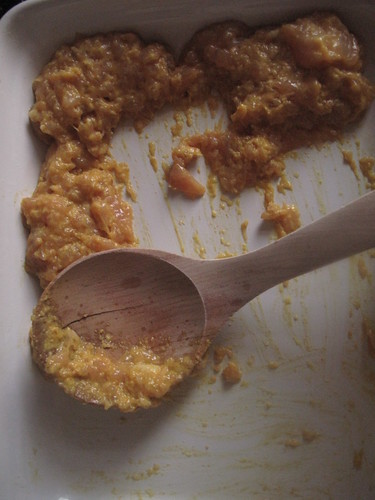 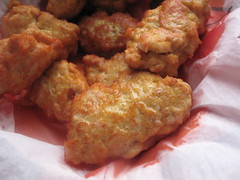 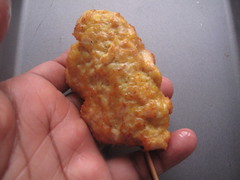 At this point, depending on how large the satays are, they may not be cooked through so check, by gently opening up one to the core.

I popped mine in the oven at 180 degrees centigrade for about 15 minutes (start checking after 12 minutes) and them brought them out to rest.

You can go through all the steps up to this point and then keep aside till ready to serve.

Just before serving, grill them in a heated grill pan for a couple of minutes, both sides so they’re nicely browned. Serve with a dipping sauce of your choice! 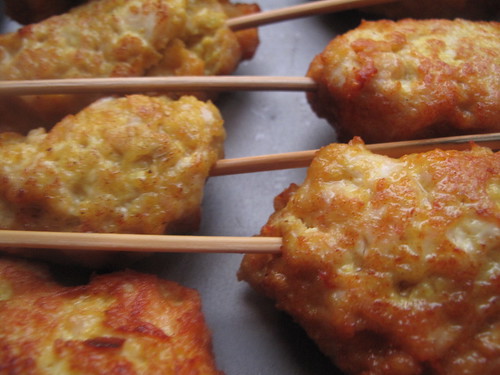 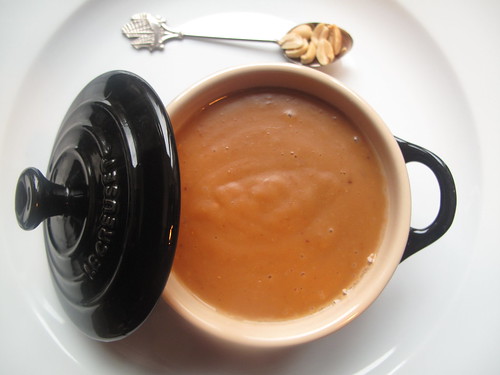 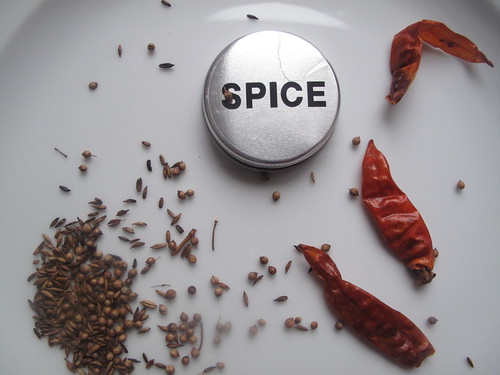 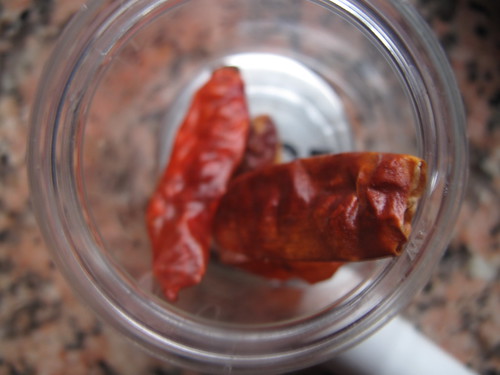 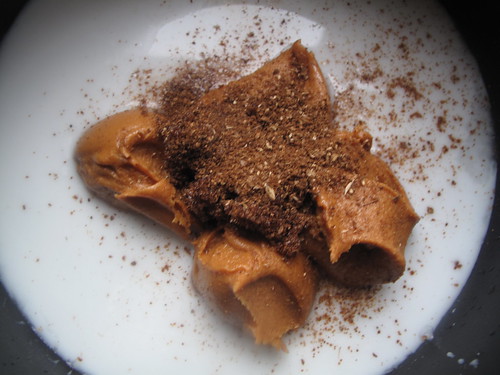 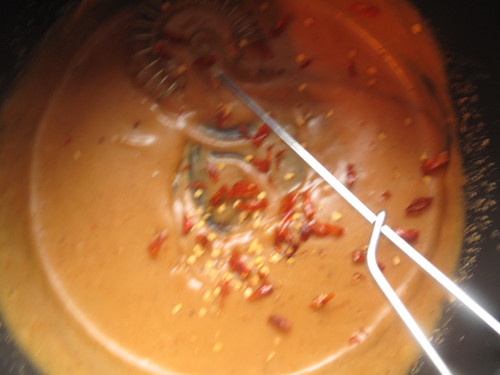 Note that all you’re doing is melting the peanut butter, so make your peanut sauce after you’ve made everything else in your meal, or make ahead of time and reheat

Mix all the ingredients together in a small bowl and use as needed.

Keeps for a week in the fridge. 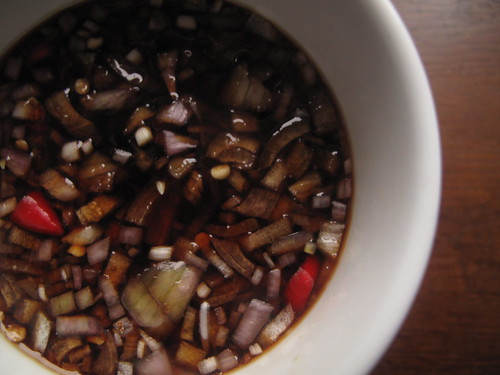 Cook your regular portion of rice, with coconut milk or a combination of coconut milk and water. I love the scent and softness of Jasmine rice and so that’s what I used. I also tossed in a few stalks of lemon grass.

When the rice is cooked, just before serving, toss in chopped coriander leaves (cilantro) and lightly stir-fried red paprika pieces (or the skin of a couple of red chilies), obviously depending on the quantity you’re cooking. 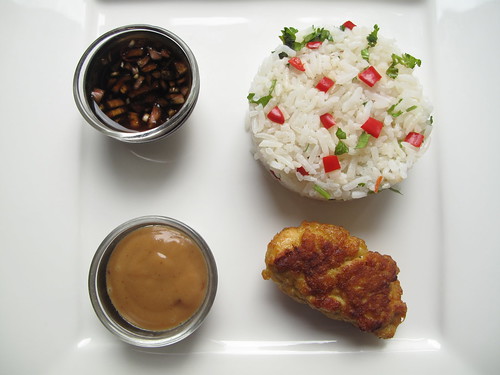 The doubting Thomas of a daughter LOVED the satays. ‘Mama, these are very tasty. I like them’, emphatically. And I merely sniffed……thinking, I knew that all along!

The guests thoroughly enjoyed it. It was soft and tasty….though I would put in a bit more salt next time. What I particularly enjoyed was the creamy peanut sauce, with its balance of sweet and sour and just a bit spicy. It went very well with the quiet, subdued flavours of the chicken without overpowering it. And the rice….fragrant, sweet, soft, true to the very nature of pandan!  As for the soy sauce with chillies, no one really enjoyed it and so I won’t be making it again!

I really enjoyed this challenge, though the only bit of ‘stress’ was mincing the chicken. I like the fact that we could be creative.

Thanks Cuppy for being a great host.