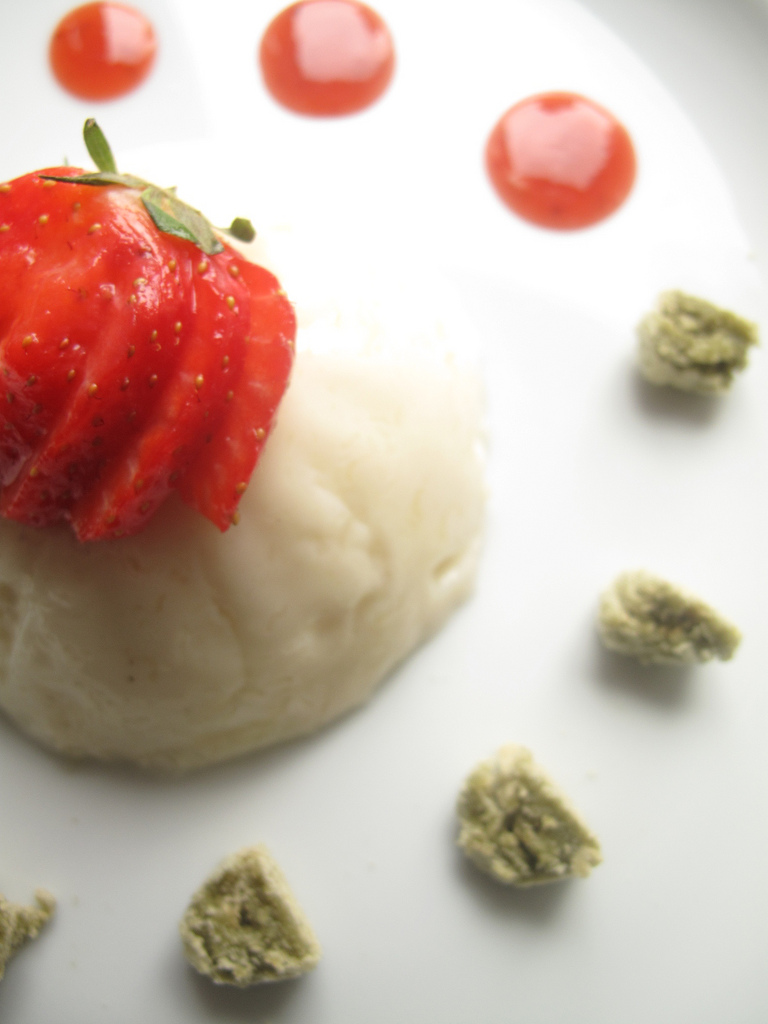 My most loved stories and books as a child were all written by Enid Blyton. My sisters could well say the same. We sought book after book after book from Famous Five to Secret Seven, culminating in the adventures at St Clare’s and Malory Towers. The one thing I loved the most and still remember with more than a twinge of nostalgia are the midnight feasts the girls had. Somewhere deep inside of me, I always felt a bit deprived because I couldn’t flatten myself and slip into the pages of the book, to partake of the glorious delights they indulged in. 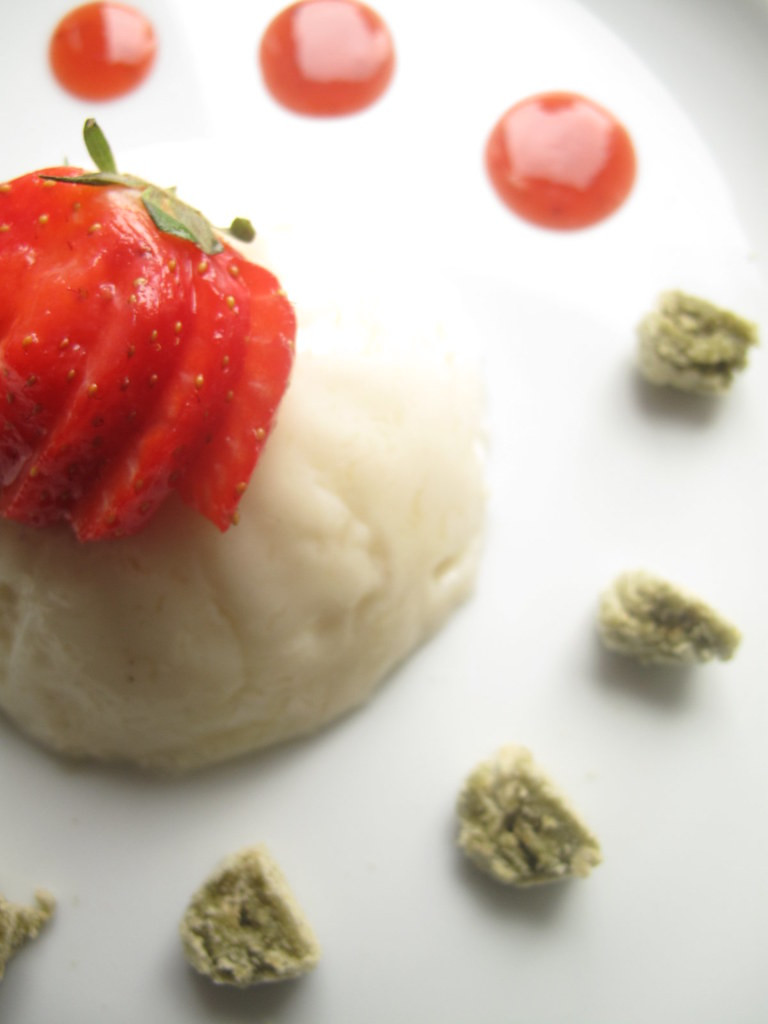 Instead I held the pages and imagined…….and longed, never thinking I would someday forget they ever existed.

Till my memory was triggered by this month’s MacTweets challenge – Mac Tell me a story, which I so happened to fail. flop. flunk. for a little while. Till I set my plan B into action. 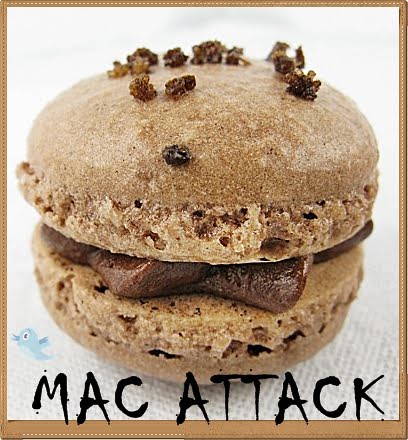 Oh yes, I think all smart girls and guys ought to have a backup plan when making macs: they are about the only things I start out making with the full intention of having them fail, and I now have a long list of ‘things to do with failed macs’. 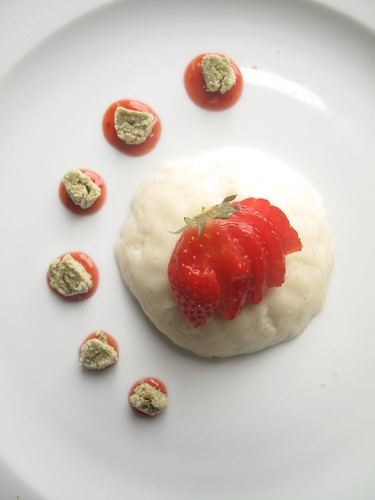 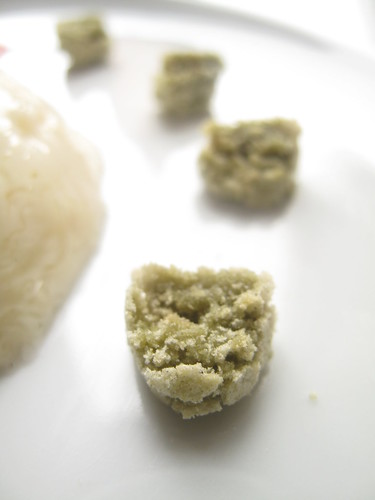 Take this should-have-been Matcharons (thanks Kate for the name): as soon as I saw them emerge form the oven, feetless, I got into gear and in true fashion and tribute to the St Clare/Malory tower girls, I made panna cotta at 1:11am.  I think that was a first for me – I don’t recall having cooked anything so late ever in my life! Thankfully, I had to leave it to rest….and so didn’t feast alone.

By the time the sun rose over my Dutch dek, my ideas morphed from making mac crumbs to top my panna cotta, to making Cookie pops and Oopsie pies (formerly known as whoopie pies – who says the WP is the new cupcake? Well the NY times and Timesonline!) – perfect for any snacking after hours. 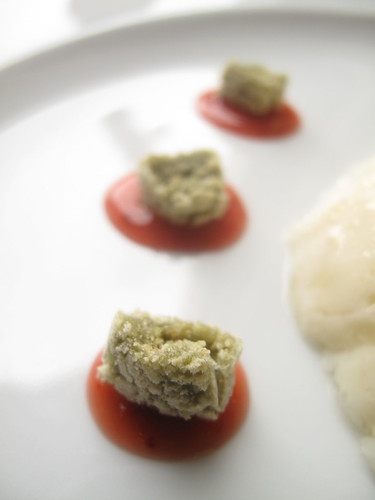 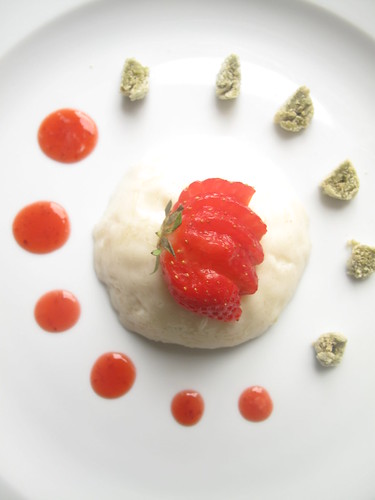 And then I cast my mind to the fictional characters and I say to myself….’They would have loved the spread’. Probably, especially the cookie pops. Small, dainty and sweet. I think they too would gladly have sunk teeth and ship for the Oopsie pies. I wonder if they would have taken any delight in the yoghurt panna cottas, as much as I did.

I imagine it would all have been perfect. And imagine is the operative word here……even if the macs that triggered them weren’t.

I started out with matcha flavoured macarons, successful in having a pure matcha taste, failure in being without pied, and things got worse!

My macarons ended up silly and soft, so I rolled some up into cigars, cut them up and served them with my panna cottas. 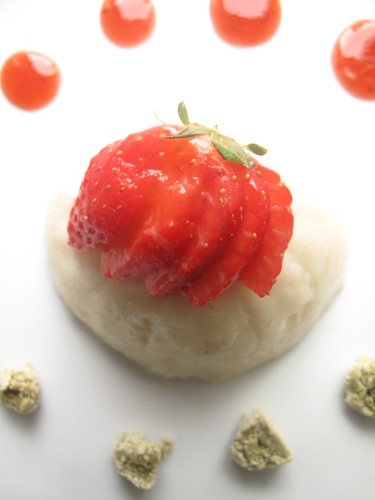 The others I crushed, separating the fine, crisp crumbs from the chewy inner. 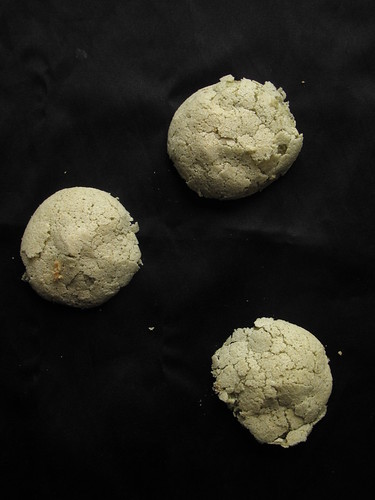 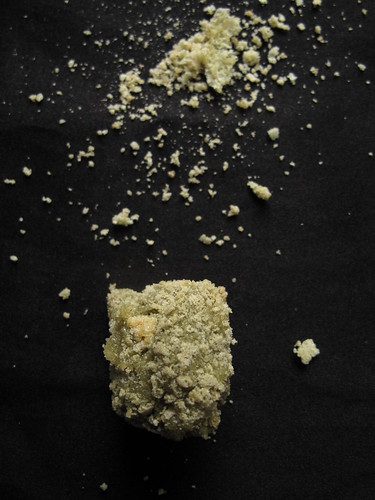 The chewy interiors of the macs were rolled into balls…….to make Cookie pops, dunked in white chocolate with a sprinkling of aleppo pepper. Some were saved……to go into ice-cream! 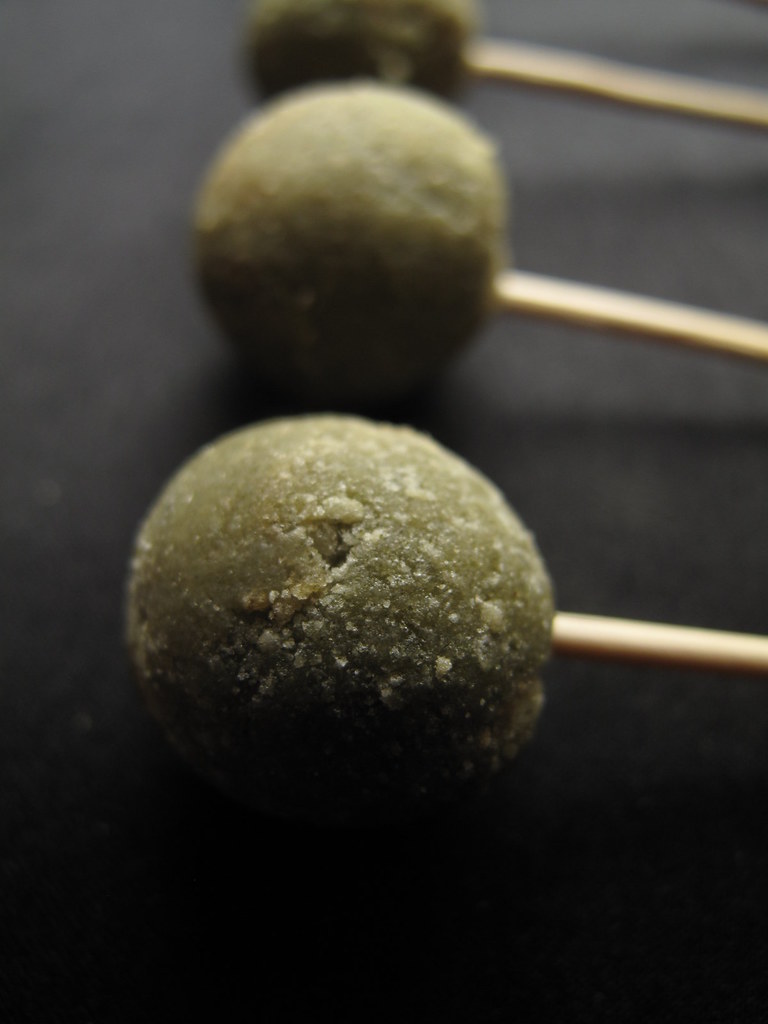 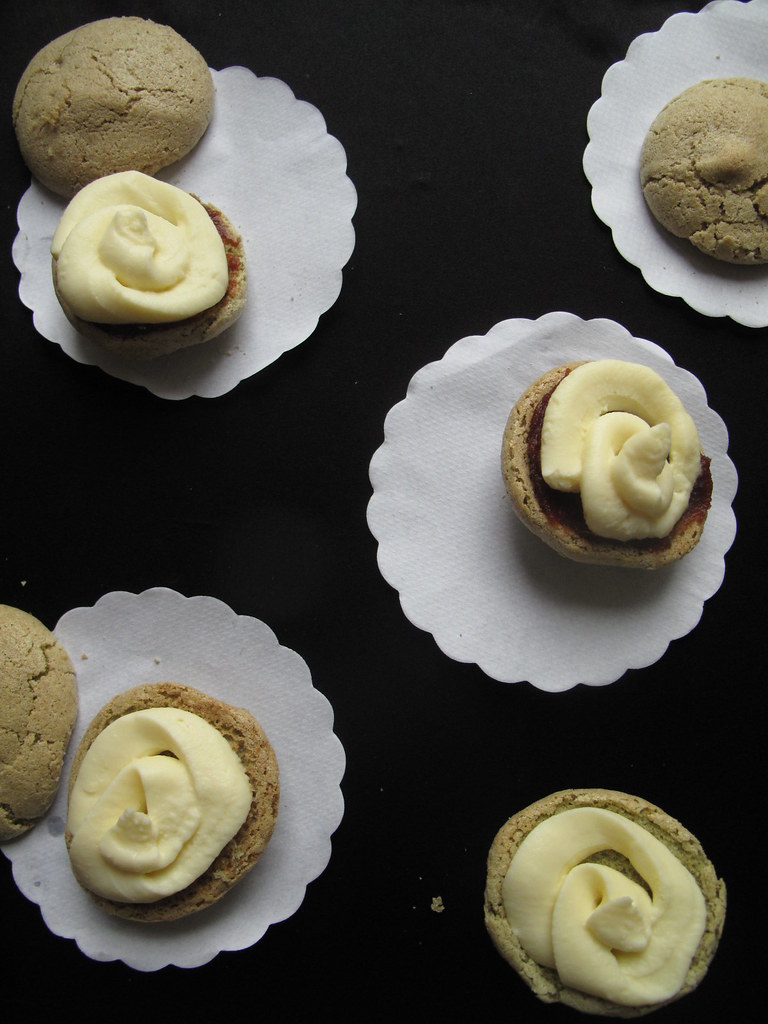 And some crumbs floored a delicious ball of vanilla ice-cream.

I will be honest though, reality has set in and the truth must surface – Plan B wasn’t exactly a success.

The cookie pops were rather horridly sweet, the white chocolate wraps adding to the horror. I think this is definitely a case for dark, bitter chocolate. 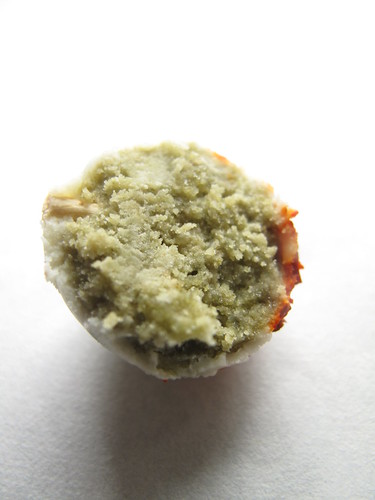 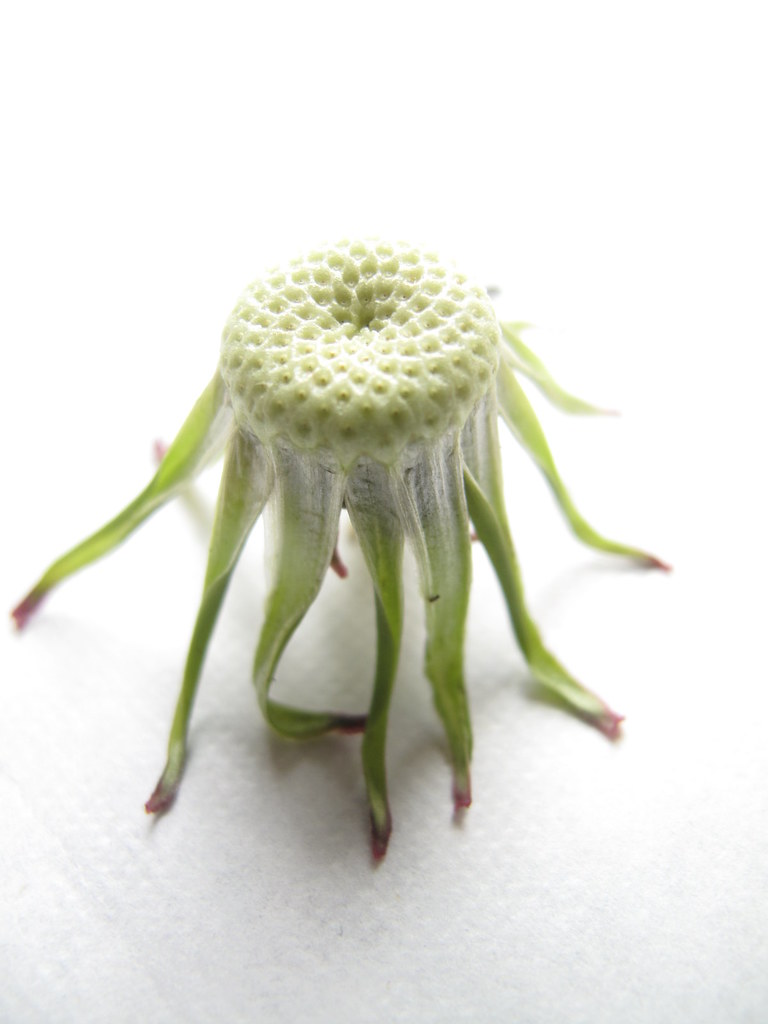 On to the next – the Oopsie pies, were even worse after a night of refrigeration. One daughter bravely had one and one didn’t. Neither did the Mac king – my son. I was glad when they went in the food bin! Gross……. 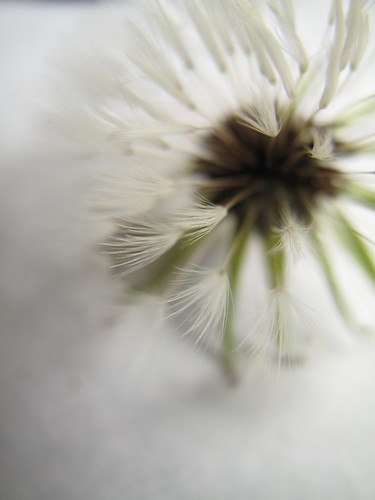 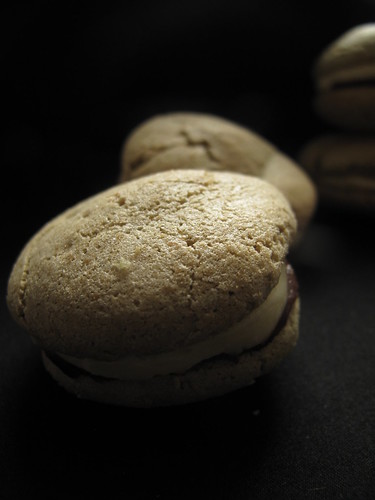 The crumbs and ice-cream didn’t work either. Just didn’t go…… 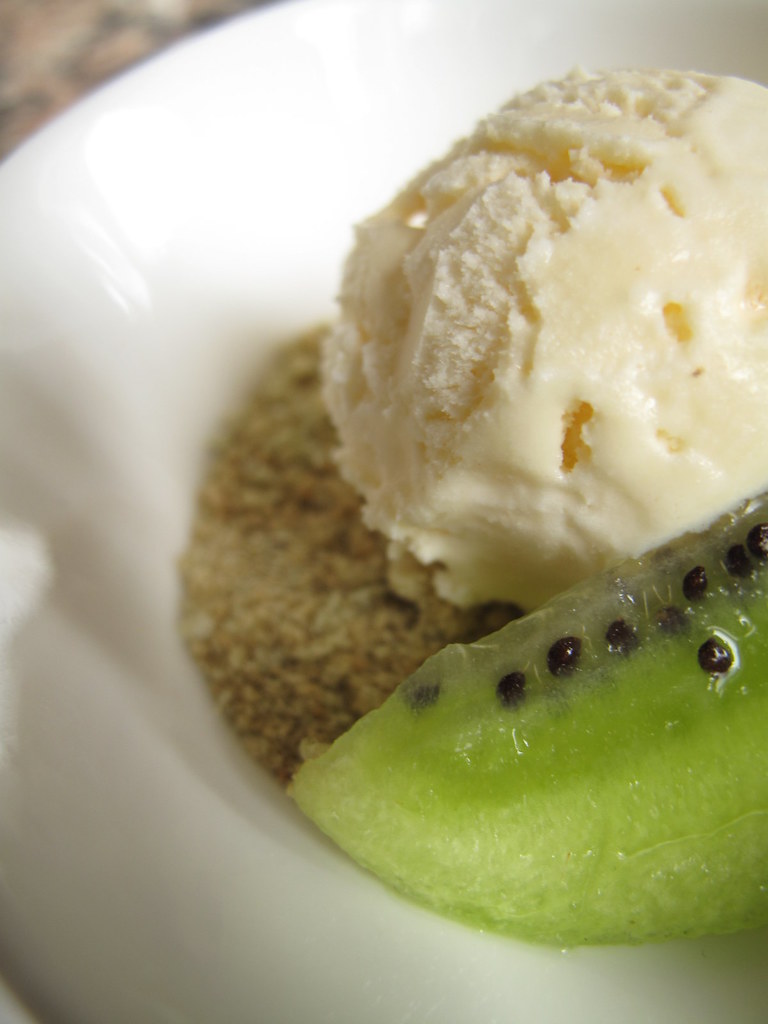 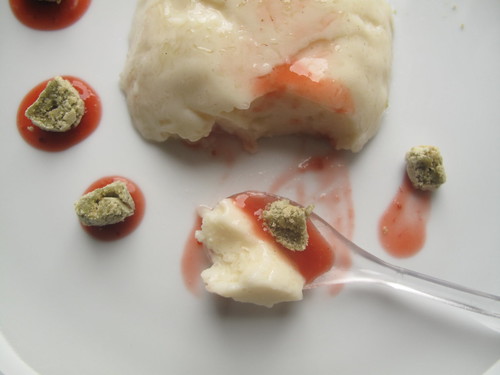 Don’t use intricately decorate moulds – your panna cotta will look rather unappetising (like mine…..)

Once set and ready to serve, wipe the outsides of the panna cotta moulds with a hot cloth to make turning them out easier.

Definitely serve with a sauce, it lifts this way and above having it on its own

Combine the water and honey/maple syrup in a small heatproof jug. Put the vanilla seeds into the jug.

If using gelatine leaves, follow the manufacturer’s instructions to ‘bloom’ the leaves and dissolve them. Then add the cold honey mixture and yogurt to the dissolved gelatine. Whisk/mix well.

Strain the mixture into 4   1/2 cup moulds and refrigerate, covered for 3 hours or overnight.

I think I should give macs up………..or become nonchalant again! 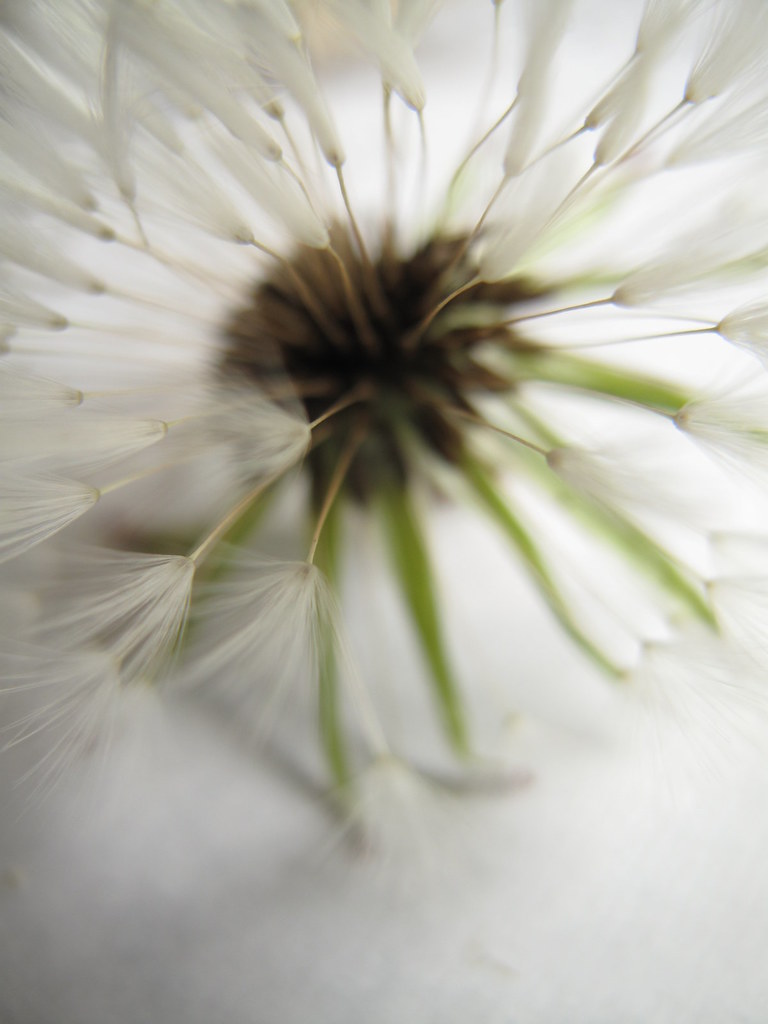