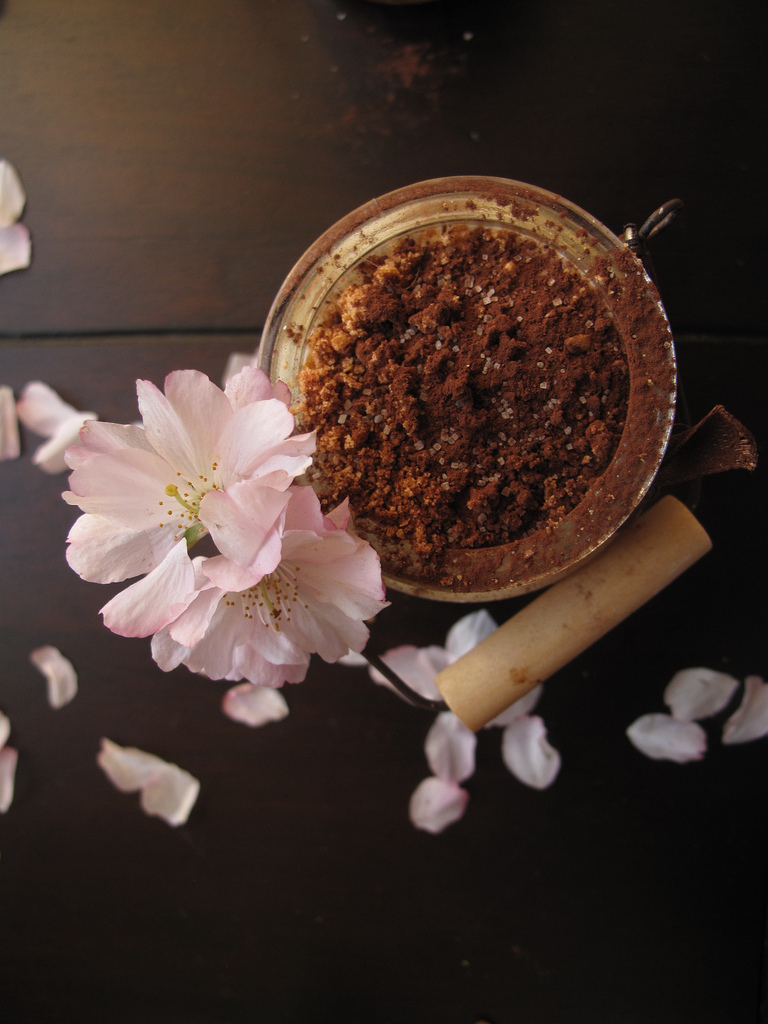 I’ve loved it…and hated it, with a passion! 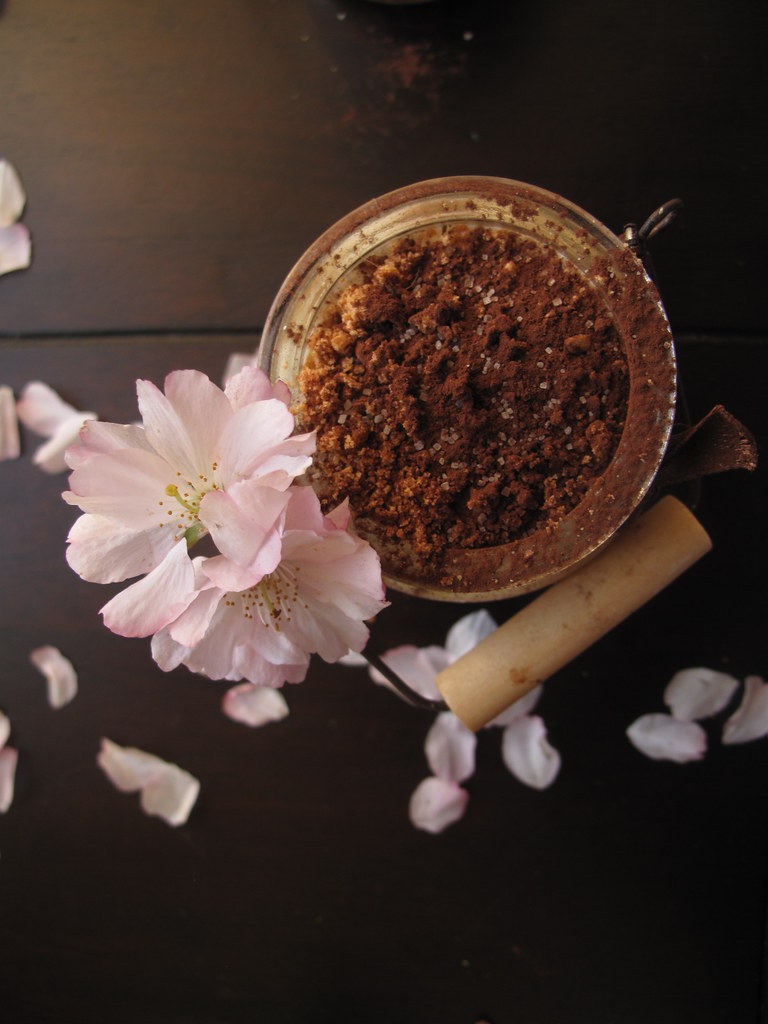 But then I’ve always gone veloce……and never taken time to get to the heart of the matter.

By veloce, I mean ‘quick’ and just to be clear, I’m talking Tiramisú! The quick version I’ve made in the past comes from Jamie Oliver’s Jamie’s Italy and though good, it doesn’t compare with this ‘slow’ method. 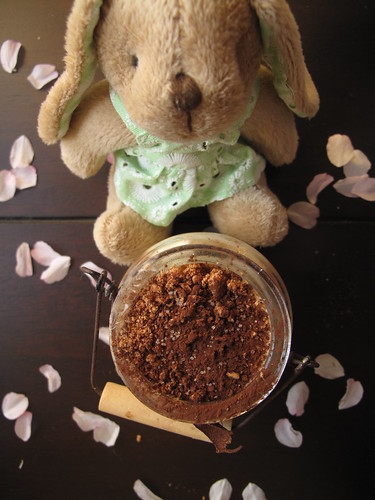 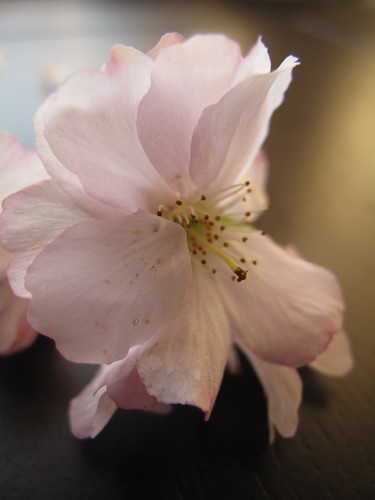 See I’m a Daring Cook, not a Daring Baker, for very obvious reasons – an already pudgy tum, short of height and prone to gluttony………Were I a DC, I would single handedly work my way through cookie and cream, fighting my husband (who is a dessert freak), all the way!

Now, it seems as though I am treading, albeit carefully in the feet of the DC masters.

Already, I’ve attempted my own version of the Nanaimo bar and after great macs recently…and not so great ones, I decided to make some Mac-a-misú. The proper way.

Once I downloaded the recipe, I began in stages

I chose orange as the dominant flavour, so I used orange zest where it called for lemon. To enhance the flavours, the last of my Cointreau, featured as the booze of choice

On Day 1, I made the Zabaglione
On Day 2, I made the Mascarpone and the Pastry cream {Every stage went well save for when making the mascarpone, the milk didn’t curdle as described in the recipe. However, it turned out SUPERB. Saying that, I may very well stick to store-bought!}
On Day 3, I made the whipped cream and assembled the mac-a-misú and left it to rest overnight (and photographed it)
On Day 4, We wacked it, aka cleaned the little pots. My husband and I. 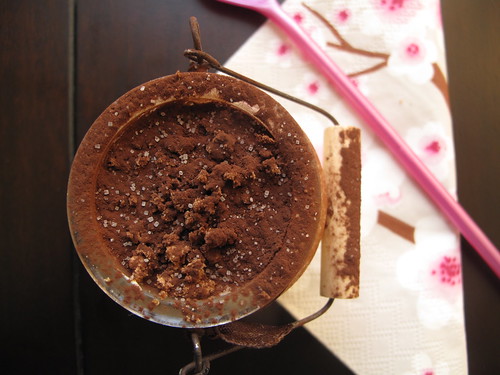 Day 3 was the hardest day of all, not to eat the cream up as I mixed all the elements together – it was delicious. My daughters watching me and the look of utter bliss on my face, desperately begged to try it. Alas, that was not possible as it had alcohol in it. Now I understand why people go ga ga over whipped cream – it brought a lightness to the cream, while ferrying the delicious flavours on a sea of citrus, alcohol and supreme yumminess. 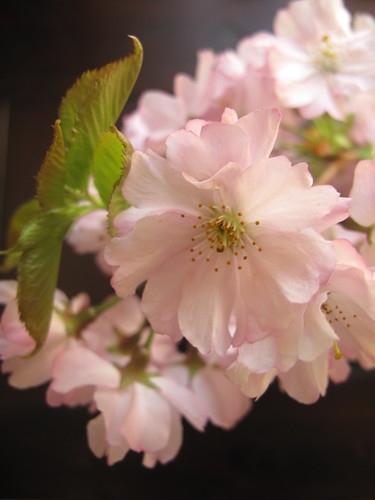 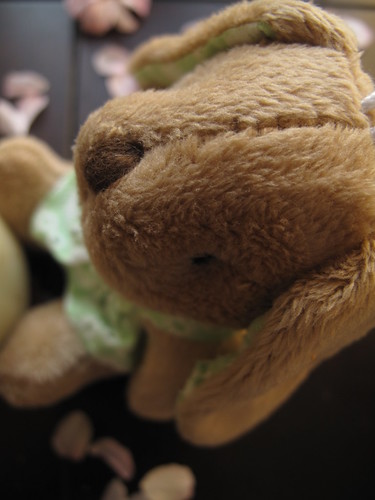 Morale of the story – don’t throw those macawrongs away. There’s so so much you can do with them. You can make a mess and be totally smitten. What a wonder life is! 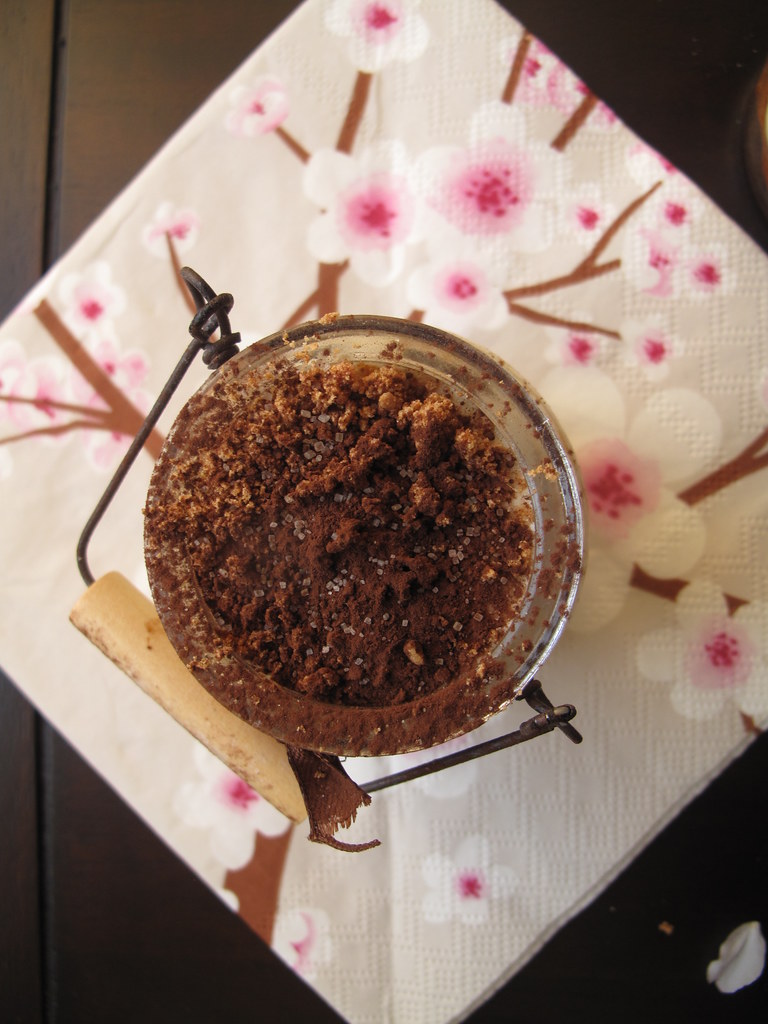 And if you only have meringues, any sort of meringues, like chocolate chip meringues, roasted pecan meringues or even crushed mint ones, you can swap them for the macarons in the ‘Misu. Since my successful meringue weeks ago, I’ve made all the afore-mentioned flavours, with perfect results. All you have to do is gently fold in the flavourings once the egg whites are whisked and bake as normal. Easy peasy me says! The Meringue-misús were also fantastic, though if I had to choose, the macs would win. Still it was fantastic, especially because the meringues came from our deep-freeze cache. 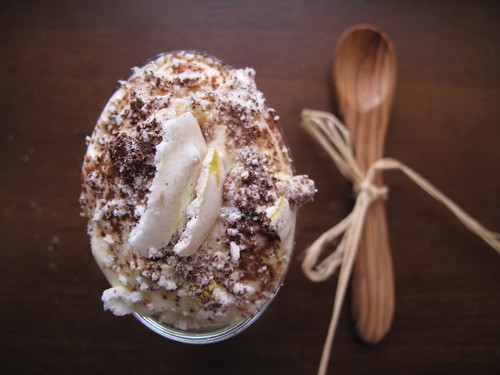 Did I mention my Maccrunchies? Of course I didn’t. So, I had some salted caramel from my a recent ‘win’ of delish French goodies. Remember the H2Ope for Haiti online raffle, organised by Jeanne of Cooksister with BloggerAid – Changing the Face of Famine (BA-CFF) to raise funds for Concern Worldwide’s relief effort in Haiti? Well, I won one of the prizes, offered by Jamie of Life’s a Feast and MacTweets and it was a treasure trove. This is not all that was in. There was chocolate, there was chestnut pureé and flour and loads more. Lets talk Macs today and this box later (it deserves its own special post). 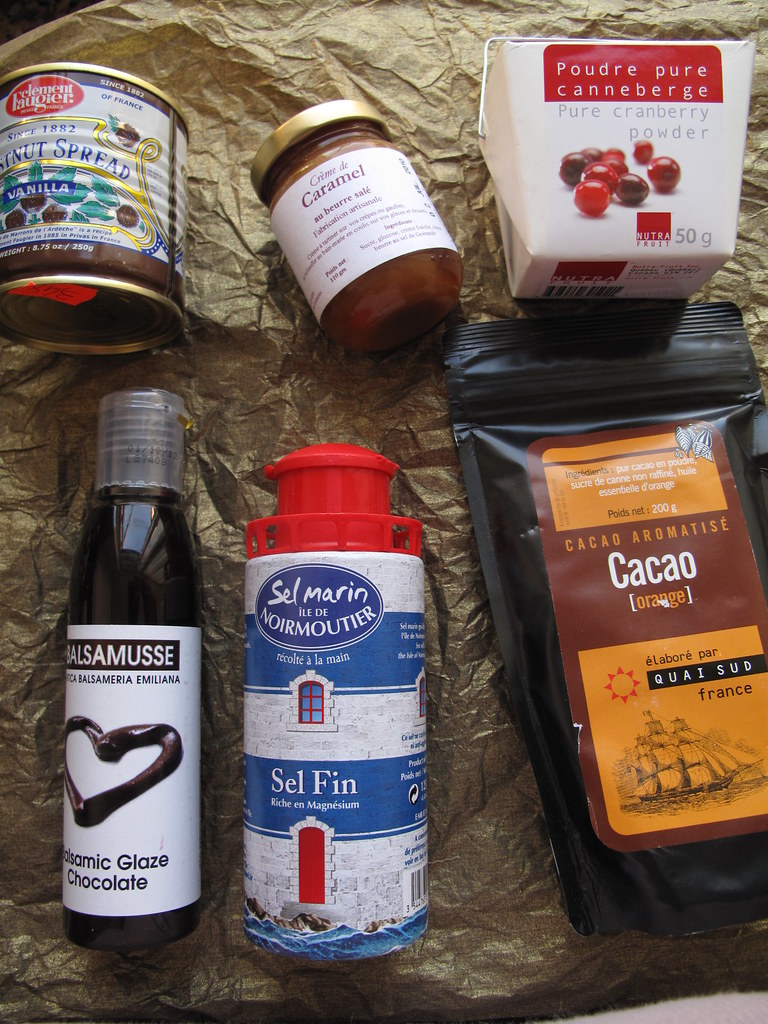 Step 1: Make dents into the macawrongs when they are fresh out of the oven and are still soft. I wanted to make a little pool so the caramel could collect but in the end, it was not necessary. 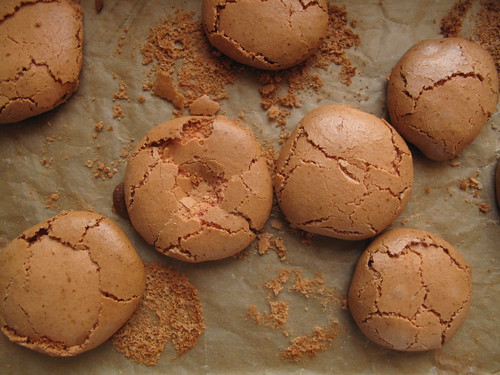 Once macawrong tops were covered with the salted caramel, 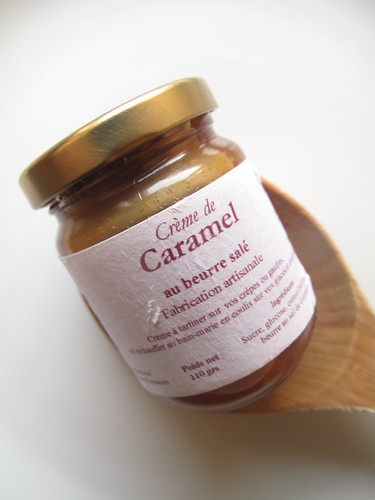 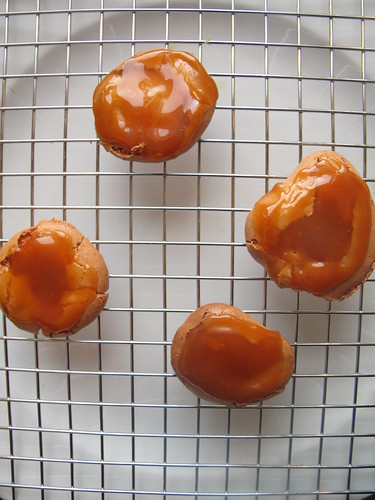 I dipped each cookie into melted milk chocolate, which I let drip off a cookie rack. I plated these and shoved them, covered with foil into the refrigerator.When the chocolate had hardened , I brought them out, fighting the cookies off the plate with a knife.

They were delicious. Even though I had started out trying to make macaron butties, as soon as I tasted them, the first thing that sprung to mind was honeycomb. Delicious honey comb. Like the crunchie bar!!!!!!!!!!!!!!! 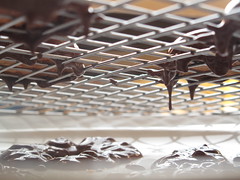 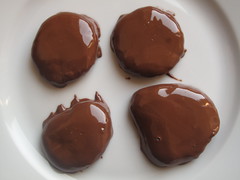 I will definitely make them again, for my girls. Even though they bear NO resemblance to anything mac and are not pretty, I enjoyed them tremendously!

So that’s it. I guess I should tell the future and say, stay tuned for more mac disasters, and experiments with macawrongs!

Till then, stay well, stay safe, in love, excited about food and…..enjoy the weekend.

We in the Netherlands, sure will, all in Orange as we celebrate the Queen’s birthday tomorrow. I didn’t have any time to make Macarons for sale, alas….but I am almost done making a Rhubarb Tian. Yes. I know, another Daring Baker copycat!