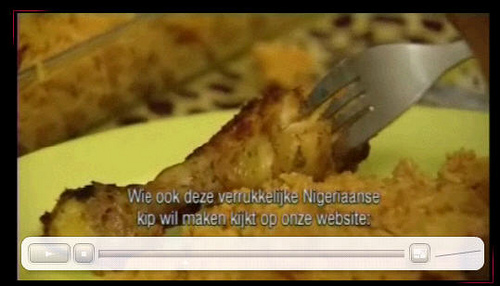 A few months ago, I came across an ad in newsletter about a TV station looking for expats to talk about their life in the Netherlands while cooking a meal from their homeland. Since I haven’t gotten on Masterchef … yet, I figured TV West was my best shot at fame and so I leapt at it much to the initial displeasure of my husband, who generally likes to have his peace.

I was so excited because I’ve always wondered what cooking on TV/for TV was like. (Not to mention all the TV offers and the book deals to be had……)

I was really happy though because it was a chance to share my experiences in Orange county and give men the world over a flavour for Nigerian food. I promptly made the required phone calls, secured a day for filming and mentally prepared myself. Unfortunately it wasn’t enough time to fit into my UK Size 10 clothes, but still I figured it would have to do.

The day before the filming, the director rang me and asked me all the questions he had on his list :

What type of food was I cooking? Jollof rice and Chicken

How long would it take?  A couple of hours

When it was my turn, I, of course asked about

If he could make me look slim? No

Some things you should know

The segment with my cooking starts about a minute into the show – click on the image to watch the video! 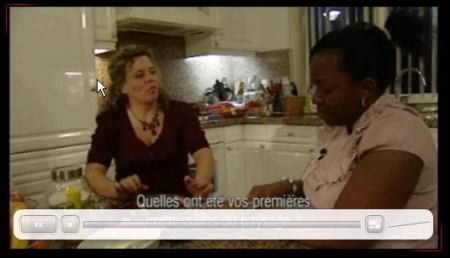 So a few weeks later, I’m in the office, sitting at my desk when a colleague walks up to me and says ‘Why didn’t you tell me?’  To which I replied, ‘Tell you what?’ And he said, ‘That you’re a TV star’! It turns out that another colleague had seen me on the TV and shared this with others…at Lunch.

Just one of the recognition discussions I had.