My son is neither Chinese nor Japanese, and yet he’s constantly lifting his bowl to his lips…not to cool his noodles or soup, but mostly to drink up the milk in his cereal bowl. Forget that he’s only 2.5 years old, this could be the start of him morphing into a worldly guy – complex, influenced and tempered by the world around him. 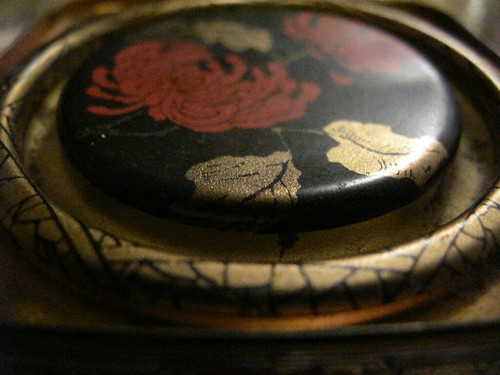 And so begins my tale. It was only a few weeks ago that M, my friend was here from the UK. We had a lovely Thai-themed weekend and because she’s travelled Asia, she kept feeding me tidbits and weetjes (Dutch for ‘little bits of knowledge’). Some of it surprised me and I was keen to find out more; and then came the invitation from Rebecca of Chow and Chattter, asking me to do a post on culture and customs. Now, I’m no anthropologist or sociologist – all I know is from a collection of experiences: mine and others, so please hear me out.

Imagine someone born and brought up in Britain – home to the most ‘royal’ royals on earth aka country of the ‘prim and proper’. Children this side of the Altlantic are raised to be polite, eat silently and adhere to strict table etiquette. Burps and belches are considered uncouth and leaving your cutlery anywhere else but on your plate when you’re done is a definite no-no. Imagine a Britico (Nigerian name for a Brit) on holiday in Hong Kong, like my friend M. She’s happily sitting at a resturant where local and foreign diners enjoy good food. However, when it comes to expressing thanks, the locals and foreigners do it differently. 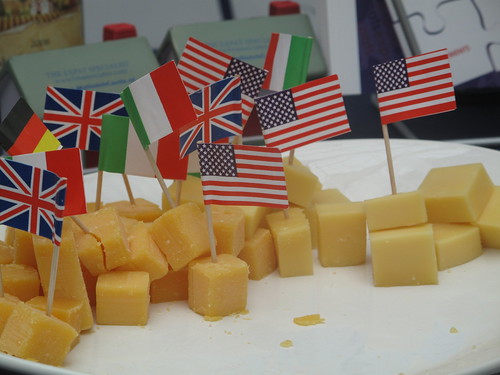 A guy behind her gives off a loud BURP, long and hard in demonstration of his pleasure with the food. M is shocked, as is her husband. They blush, cringe, want to run away in absolute shock. For them from the ‘West’, it is so not polite to do that! To be honest, they’re not the only ones who react with shock, most of the Western hemisphere would do the exact same. But understand the culture and consider this mode of ‘communication’ a different expression of thanks and compliments. Or do you find graciously saying ‘Thank you’ is a more appropriate means of doing that?

Saying this, you would think all of Asia acted in unison. What’s good in Hong Kong is good in Japan? No way. Were you to suddenly belch at the table in Japan, eyes would widen and shocked, astonished faces would confront you, diametrically opposed to the Hong Kongese. Belching, burping and general noisiness at the table are not welcome (except noodle slurping)…and should they occur, a prompt ‘Excuse me please’ should part-repair some of the damage! 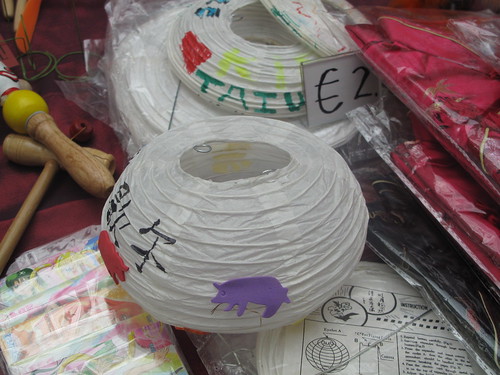 I mean today I was thinking of how we, as Nigerians express our delight in a meal. If it is a meal eaten with cutlery, then usually, the result will be an empty plate. Wiped clean. Same in China and Japan. In China, if you leave a small amount of rice in your bowl, you will be given more so to show that you don’t want any more rice, finish every grain in your bowl. Also to leave some is regarded as being bad mannered. The assumption is that one displays a lack of respect for the host/cook! Now while there will be no ‘bad belle’ (bad thoughts) against you in Naija(affectionate term for Nigeria), your host would much prefer the wiped-clean plate – you were hungry, you were fed and you did it justice. Well done!

In most of Europe and the United States, leaving some food on your plate is the way to go when you’re done eating. Graceful. Lest your host(ess) feel that the provisions have not been sufficient to satisfy, hence a clean plate. So always leave a bit on your plate, no matter how little it may be to show that you were served an appropriate portion and have eaten as much as you can. 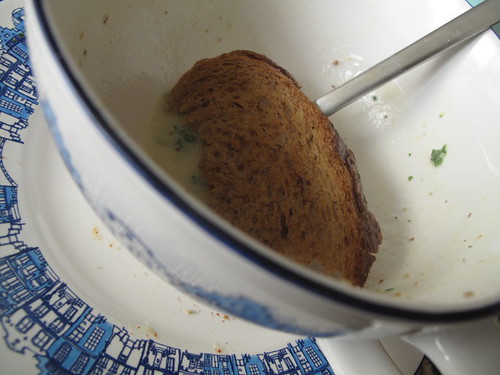 Eating with fingers? How acceptable is that? Again, the boundary lines fall in different places. In Naija, when a guest enjoys one of the traditional meals, not only will you find a clean plate but the guest may also ‘lick’ his fingers clean with such thoroughness that people may jokingly say ‘no need to wash the plate or your hands’ and that would come from a beaming host but not in China or Japan – this behaviour would be considered uncouth. However even in Europe, its done. Of course you’ve heard of the Dutch and ‘Haring’ – raw, salted fish which they eat in a very peculiar manner! A manner considered extremely strange for this side of the pond…and yet it’s done! 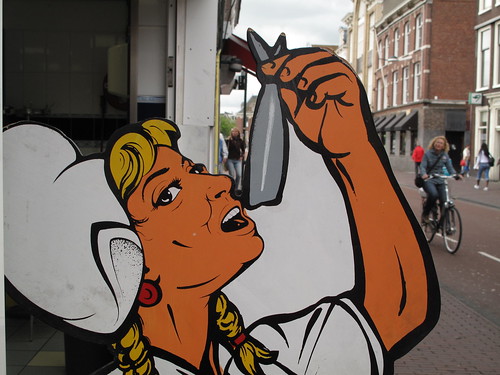 I am used to eating with my hands, but I’m also adept at using cutlery…and with chopsticks I could probably manage a whole meal…somewhat long and drawn out (if I don’t slurp or raise the bowl to my lips!). In most of Europe, eating with your hands is generally unacceptable except in the case of appetizers, fruit and more; In Japan, chopsticks would do for your sushi but other than the exceptions, the standard is not ‘finger-licking’! For me, the Nigerian foods that generally involve hand-eating are certainly in my opinion, more enjoyable to do so than by wielding knives and forks, a fact on which my husband and I disagree. Now if you’re very hungry, second helpings are not at all a big deal in Nigeria, as long as there’s food left in the dishes, you’re more than welcome to have some. Same in China. You’re expected to have at least two bowls of rice at the meal.

As for slurping noodles…that’s of course included in the ‘noisy doings’ I mentioned earlier.  Put hot noodles and soup together with rules of engagement and what do you get – slurping sounds! A ‘taboo’ in the ‘West’ but in China (Thanks Alysha)  and China but in Japan – an everyday occurence (though not by all – apparently, the younger generation see it as uncouth.) As noodles and rice play important roles in daily nutrition and are commonly served with chopsticks in bowls with soup or broth, people lift their soup and rice bowls to their mouths to avoid food spills. The reason for the slurping is that people generally begin eating soup and noodles (almost) the minute it is served without waiting (for a prolonged time) for it to cool down. By sucking in air, the noodles cool down and ‘improves’ the flavor. (In order to cool the soup a bit and to better diffuse the flavor in the mouth, soup is eaten by sipping from a spoon while breathing in.) Permission is also granted to drink up the broth/soup left in the bowl aka Operation D, Operation slurp (first paragraph – story of my son!). Personally, I can relate to this slurping because I love hot food. Don’t ask me if I slurp… because I don’t think so :-), most of my hot meals aren’t soupy noodles. 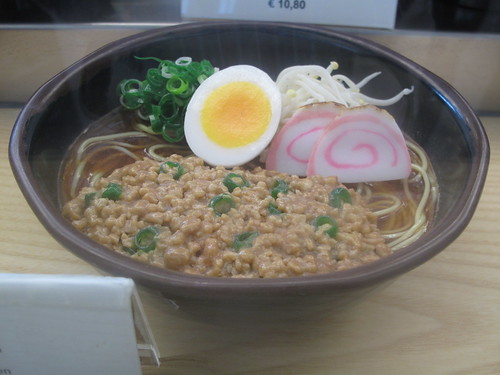 Where at the end of a ‘western meal’, cutlery is paired up and set aside to signal ‘the end’, in Japan and China, this is not done. 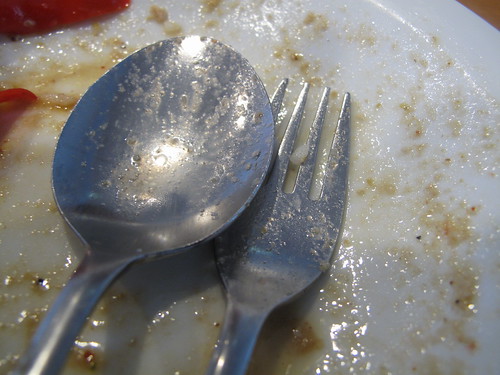 Chopsticks are placed on their own stands never over the bowls. 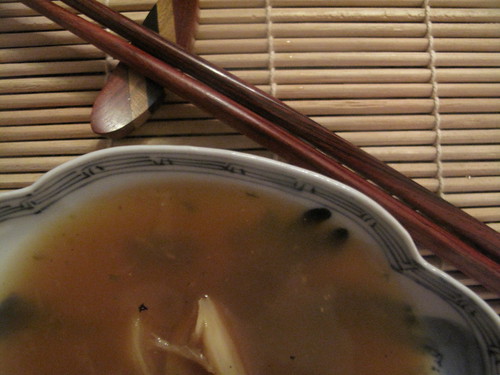 So, there are some many difference in cultures….and all these result in different foods from people with different histories.  Of course there are many more differences and similarities than I have touched on here, considering the sheer diversity of people on the planet – be it from how people in Sweden and Switzerland share toasts (by looking each other straight in the eye while toasting) to using only your fingertips to eat North Indian breads. All in all, it is amazing to see how cultures and customs intersect to give us numerous permutations and combinations for every tribe, every race and every country of the world. Of course, there are many sweeping generalisations and while these are not rigorous, must-take steps, it is good to be aware of what goes on…and where. You never know where you’ll be headed to next!

What are your own peculiar customs? What experiences have you had with etiquette and food manners? Please let me know.

If you enjoyed this, why not sign up to receive the KB Feed…so you never have to miss any delights!