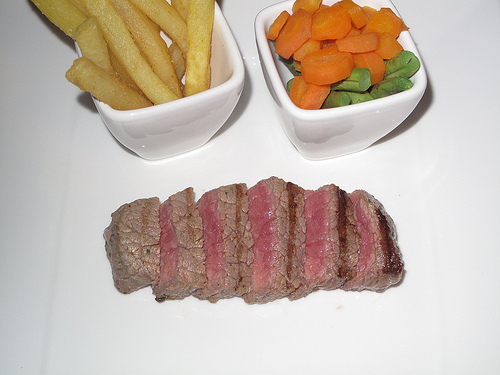 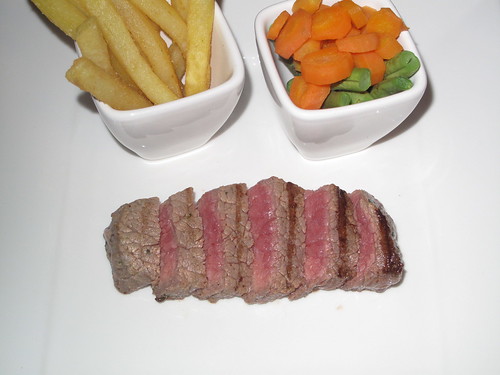 I always say this is why I love food – its ever forgiving nature.

When I discovered Jaden’s steak recipe….I knew I’d come home, or at the very least….found my way to an ‘in-laws’. I’ll say it again, I wasn’t raised on steak and so its cooking has always been an issue. Yes, the first experience was akin to having my mouth open up for a long soak in ‘dead sea’,  because I oversalted the steaks. Did I mention as well that I cooked it till every trace of pink was obliterated?  And even then, my steak-lover of a husband praised me and lauded it the best steak I’d ever cooked.

The second time round, I was keen to impress him….and myself. Would I be able to actually eat it? That was the test.

I decided to make some guacamole and caramelised onion jus to go. 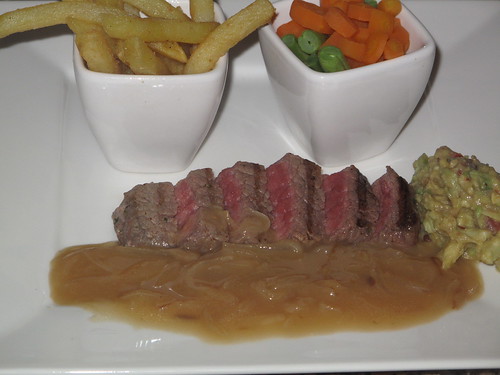 I made the guacamole first, combining mashed avocado, chopped red chili, tomatoes, a bit of chipolte paste, some onions and lime juice. 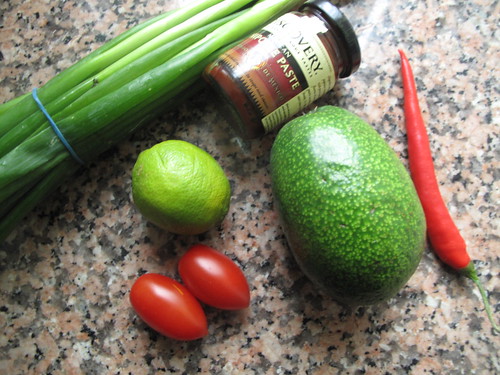 Then I seasoned this very well – with salt and placed the stone from the avocado in the mix to stop it browning ( a tip from my Mexican friend, P)! I refigerated it while I got on with the rest. 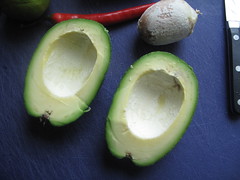 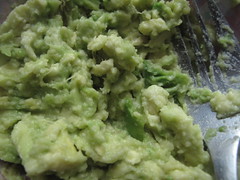 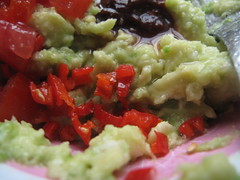 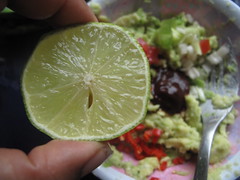 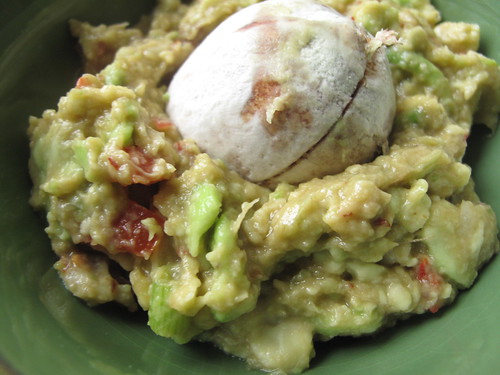 I froze my chunk of beef….and then when it was slightly frozen, sliced it into chunks about an inch thick. I can’t tell you what side of beef I got because I don’t know. I think it was a advertised as ‘roast bief’ but I am no longer entirely sure.

I measured out some salt – about 3 tablespoons and in my mortar and pestle, I pounded 4 stalks of lemon thyme and then mixed this with the salt. I proceeded to rub this salt all over the steaks and left them to rest for about 20 minutes…a bit longer than recommendation but my hands were busy. 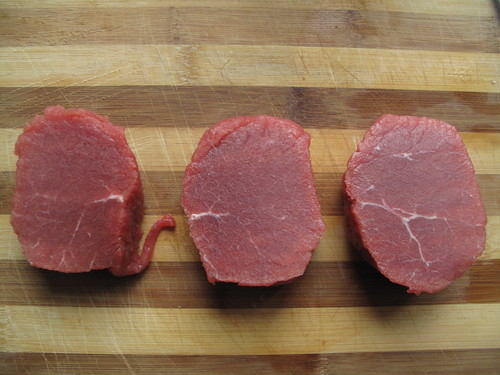 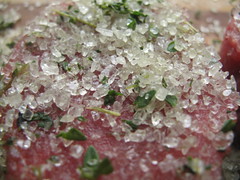 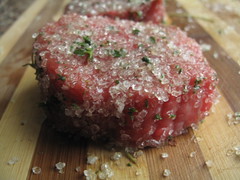 Once this was done, I left them to rest and proceeded to make my Onion jus – slices of a medium onion, salted and caramelised in butter and oil till brown. A sprinkling or two of flour is added and mixed well and allowed to cook for a couple of minutes.Add water, stir and season and the jus is ready!

Once the required time was past, I put on my grill pan to heat. Then I rinsed the salt off the steaks and dried them. They had shrunkever so slightly and felt firmer to touch….testimony that they had been well-salted. 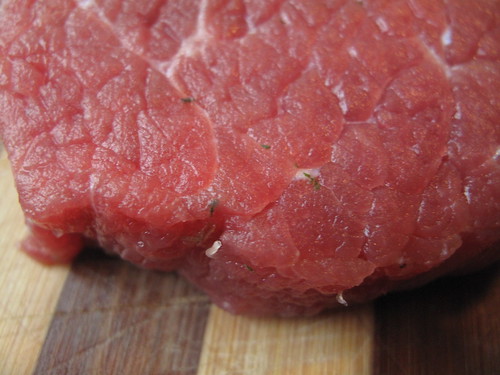 All that done, the grill pan heated sufficiently, I put in a teaspoon of butter and a teaspoon of oil, then I placed the steaks on. As soon as I noticed the underside was brown (after a couple of minutes), I flipped them over and let them cook for another 3 minutes…I think, after which I hauled them out of the pan. There was NO way I was going to overcook these. 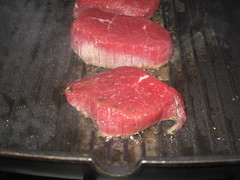 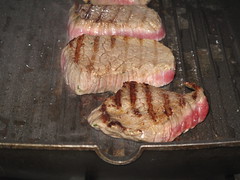 Even though ‘pink’  was scary, I decided it couldn’t be that bad, especially if I let it REST properly and let the juices redistribute. 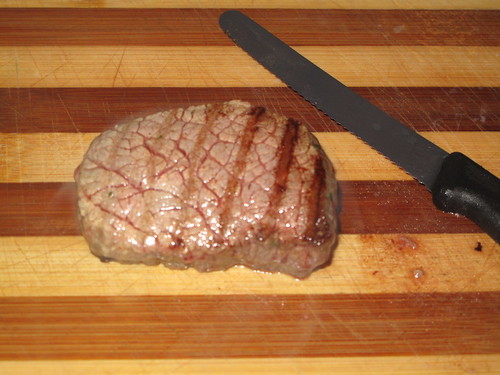 After about 7 minutes rest time, I sliced the steak into manageable pieces and served it up.  Now  I must apologise for the photos….it gets dark somuch earlier these days that I’ve resorted to using the flash. I figure that a bad photo is better than no photo.

First, I served the kids… 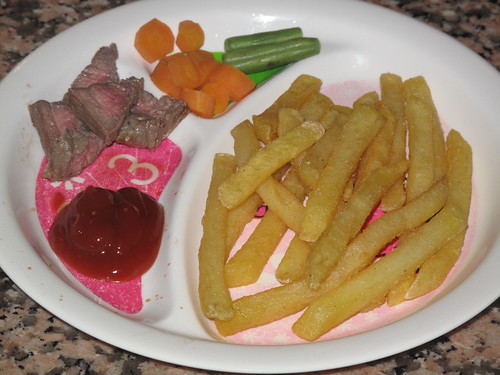 And then the adults. The ?

Husband – soft,easy to chew, great with the jus and guacamole

and finally, ‘Me’- a bit salty, better than the first try….hope to improve 3rd time around! 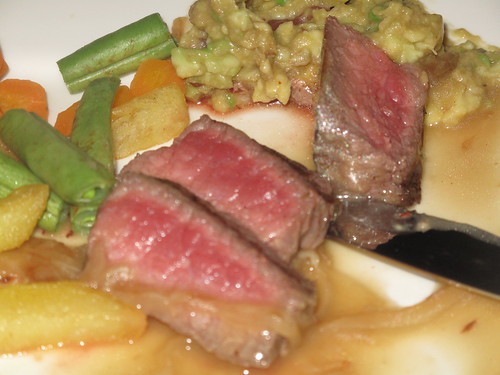 Are you a great steak cook? Or are you more like me? What’s your top tip for cooking steak? Tell all.