previous
All in - Zucchini Mixed Salad
random
next
Part 1: The Tastes & Flavours of Nigerian Cuisine
667 views 1 like 5 comments

by Kitchen Butterfly on November 9, 2016 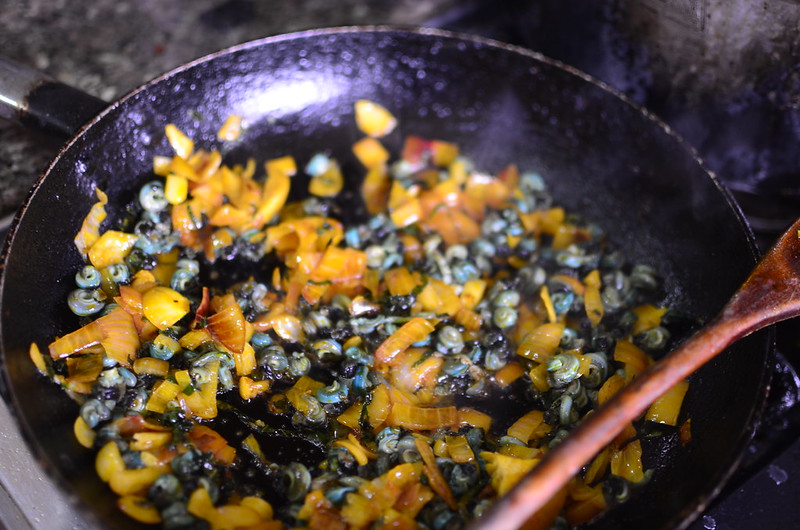 It all began with a Facebook conversation about stirfried periwinkles…And it ended well – friends wondered if periwinkles could be stirfried and I thought, why not try.

But first, blue foods. I’ve always been intrigued by the coplour of periwinkles – that vibrant almost-turquoise that isn’t common at the table.

I remember once, a few years ago when I decided to make some rose petal essence. The first steep in vodka produced the most vibrant blue which promptly disappeared and never to be recreated, in spite of numerous tries.

Blue foods aren’t that common in nature. Yes, there are blueberries and blue-purple potatoes, but those are the exception. When it comes to seafood, I’ve encountered more blue – a tribute to the waters from whence they cometh? – blue shelled crabs, lobster and periwinkles.

I’m sure there is a whole story about how the blue we see is because our eyes process certain blah di blah di blah in the colour spectrum and what not but my head can’t digest most of that right now. I’m sorry. The point is :), blue is rare on the plate. Green, orange, white and its off-white companions – cream, ivory, purple even, red and so on.

Some suggest that blue is an appetite suppressant. Apparently, you might eat less if you put your food on blue plates!  Hmm, this theory is at odds with my churchill plates – not one person in my family has issues eating 2nd and 3rd helpings off them. Once again, we are…’the exception’.

BLUE: Calming in its nature, the color blue is actually believed to create chemicals in the body that are soothing and slows down human metabolism. Further, it has proven to be an unappetizing color. To that point, researchers say that blue curbs the appetite because it is rarely found in nature (meats, vegetables) and thus we don’t have an automatic appetite response to it.  Some weight loss experts even recommend that their clients use blue plates and utensils. Give it a try by putting a blue light in your refrigerator to help avoid late night cravings or by simply using blue food dye when having to bake pastries and cakes; Source – Shape.com

Colour and food appeal are definitely linked but I don’t know whether blue truly drives a wedge. I find that younger people – children are attracted to less common coloured foods and flavours like ‘Smurf’ and bubble gum. At least my children were. When we lived in The Netherlands, we spent time at Luciano’s, a delightful ice cream shop with queues down the block on any given summer’s day. The house, my house favourite? Smurf. Yes, you guessed right – Smurf blue ice cream! I honestly can’t tell you what flavours I tasted but ze kindered fell in love.

How to clean periwinkles

Periwinkles are commonly added to soups – there, they tend to lose their vibrant hue, choosing to blend in with the soup crowd.

In any case, step one to this interesting side/ topping is to clean your periwinkles if they are in the shell. Either way, a rinse in salty water would do. Salty because as far as I’m concerned, it kills all the germs. 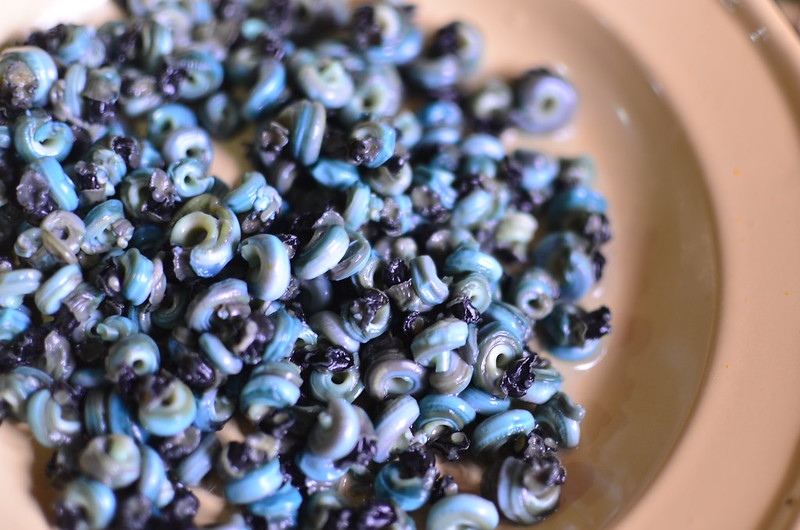 In a pan, heat up some oil. We were having ‘local’ Jollof and I thought a palm oil base was more suitable for the other things I would be serving.

Into the pan went some chopped red onions and shredded scent leaf with a pinch of salt. 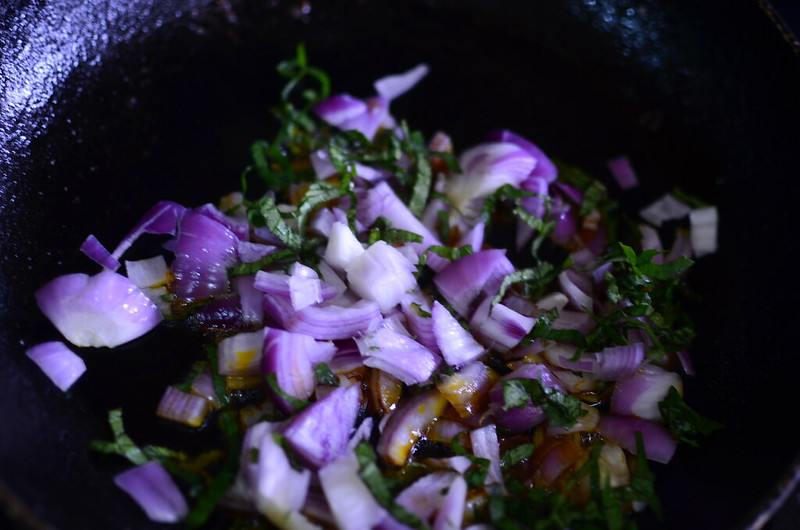 Once I had sauteed that mixture till the onions softened, I added the periwinkles and basically cooked till they lost the rubber look and edge, coloured a bit and tasted a bit yum. Periwinkles are weird things – they have an interesting texture and not a lot of flavour so what ever elements are present have to create the party. 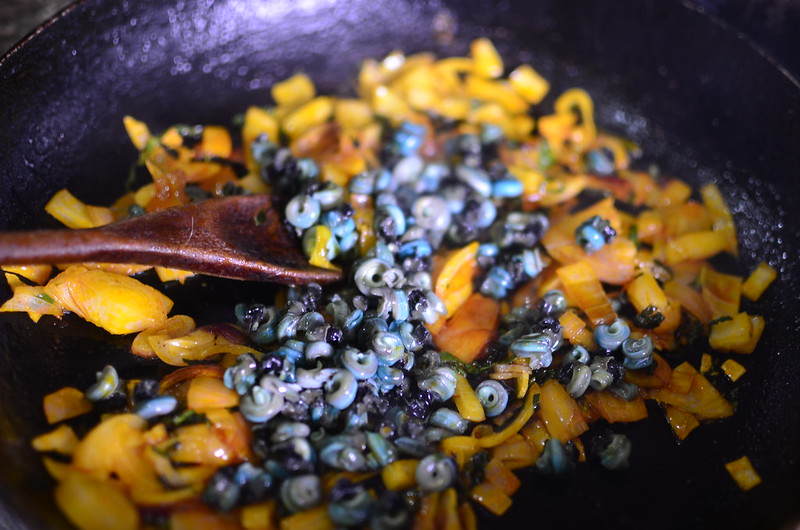 The end result wasn’t bad-looking. Nowhere as at the start but…hey, we tried out utmost. 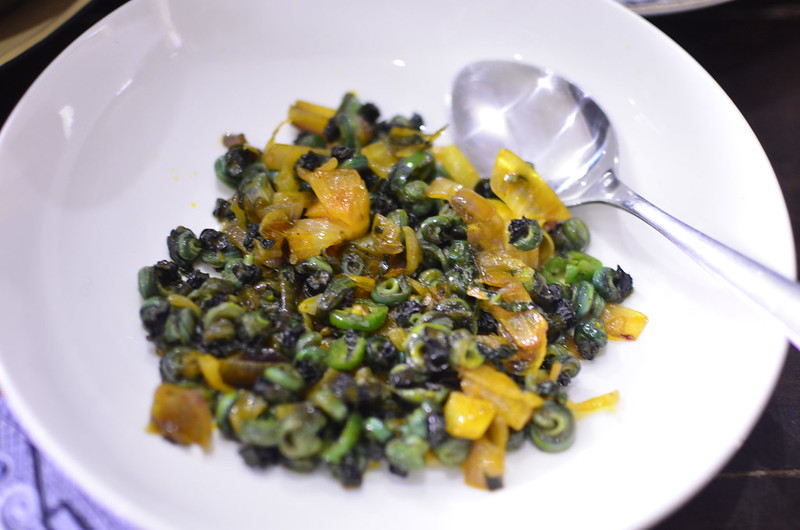 The palm oil definitely did one on it. I think I will try coconut/ olive oil if I venture thus far. 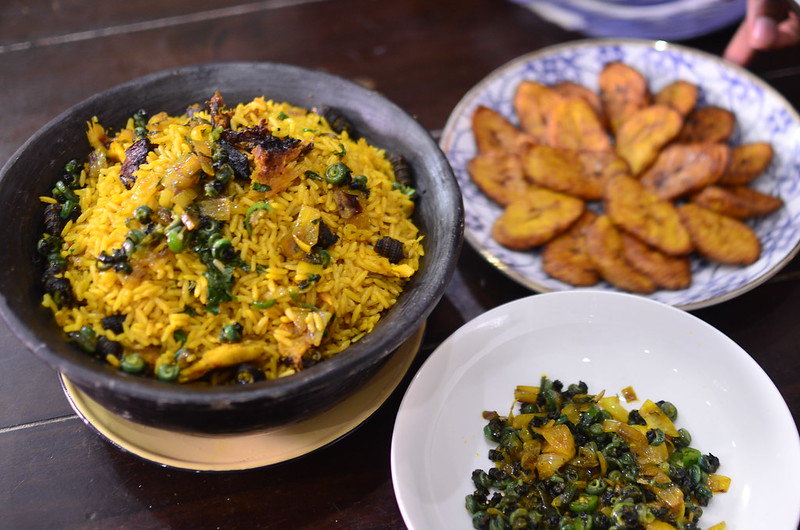 It did all taste delicious though, the tiny coils topping a pot of rice with extra on the side and the guard of honour  – ripe plantain! 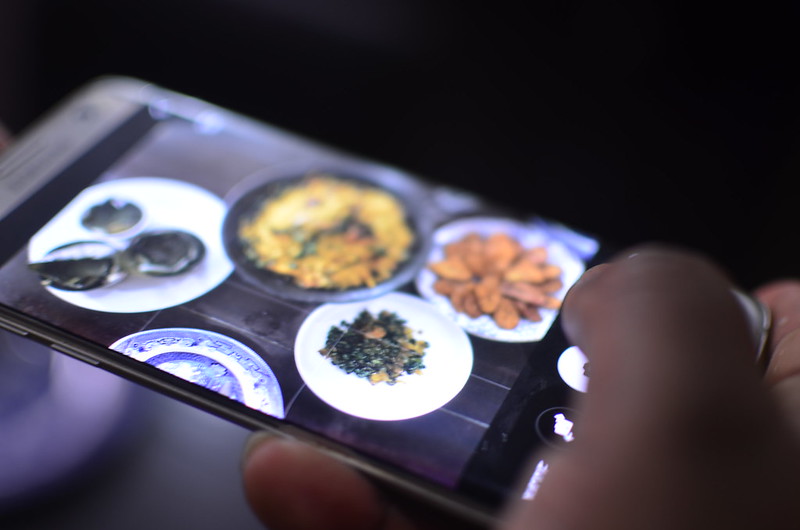 Passionate about food in its entirety – cooking, eating, dreaming, writing and photographing it. ‘Traveller, by plate’, using foodways – the social, cultural and economic practices relating to the production and consumption of food to explore Nigerian cuisine & the world for ‘food is more than eating’.
You might also like
Nigerian seafoodSeafoodNigerian Cuisine

How to Clean Periwinkles

Water Snails & Seafood of the South
Kitchen Butterfly is a Winner!