Because bacon, salted caramel and beignets are an amazing combo. 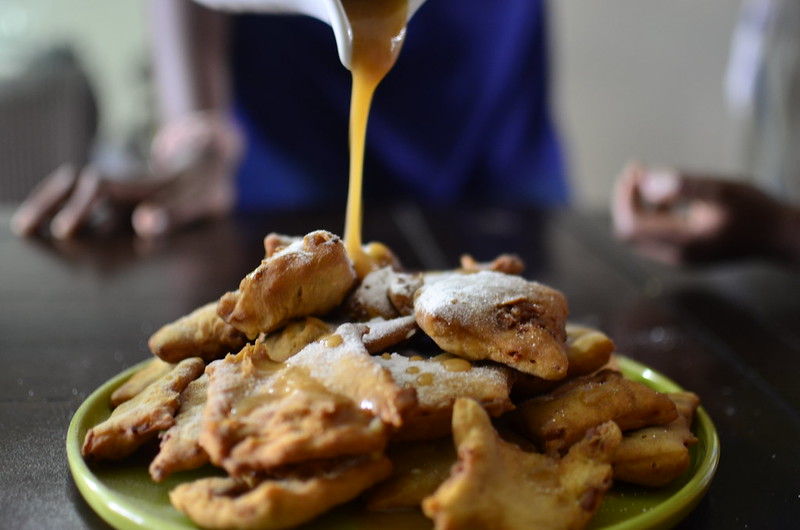 The story being told here is one of origins and of transformation. The emotion I am seeking to convey is ‘hunger’, hunger, hunger for sweet and salty, in that perfect balance that’s becoming sought after in desserts. That combo that’s testament to changing palates. Enjoy. 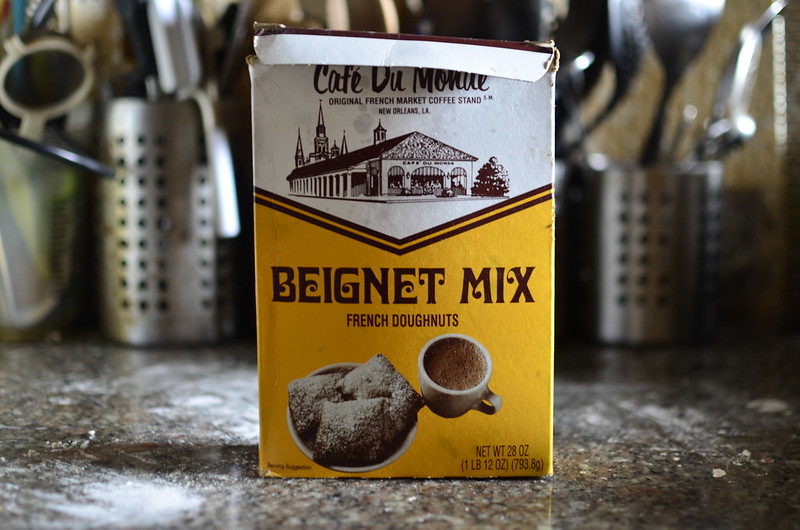 1. Origin – I first discovered beignets when I was doing research on Nigerian Puff-puff, the epitome of fried dough perfection. Intrigued by their pronunciation (I heart French words for all the glam they possess), ben – YAY, I discovered they are a New Orleans speciality. Apparently, the word beignet is from bigne, an early Celtic word meaning “to raise.” It is also French for “fritter.” 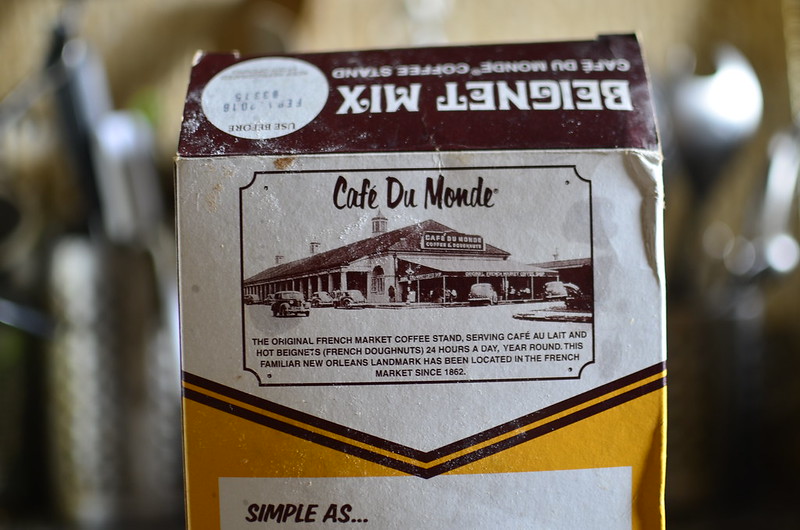 2 – ‘The Original Cafe Du Monde Coffee Stand is considered a New Orleans monument/ landmark. It was established in 1862 in the New Orleans French Market and is open 24 hours a day, 7 days a week, only closed on Christmas Day and on account of hurricanes. Beignets, served in threes are the only food item on the menu…meaning you never have to specify ‘beignet’ when placing an order. To drink, one may order the signati The dark roasted Coffee and Chicory, often serves au lait is one of the most popular accompaniments to beignets. 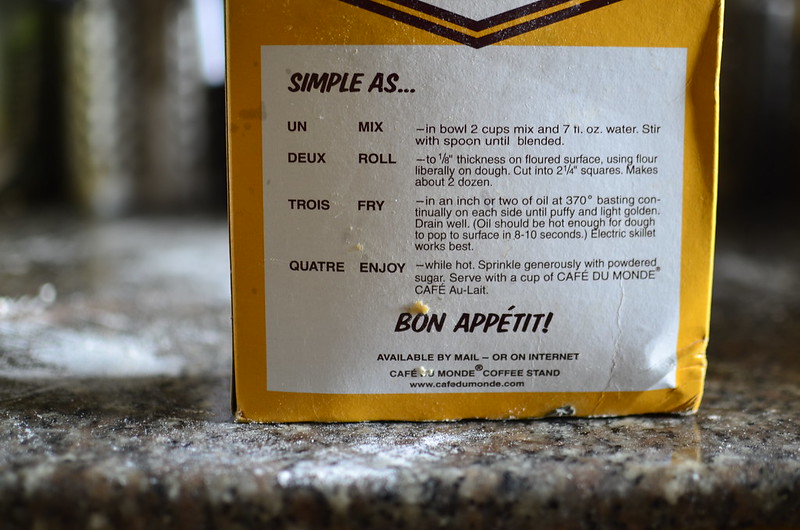 3. Easy to prepare mixes are available and make a great gift for travellers to New Orleans. 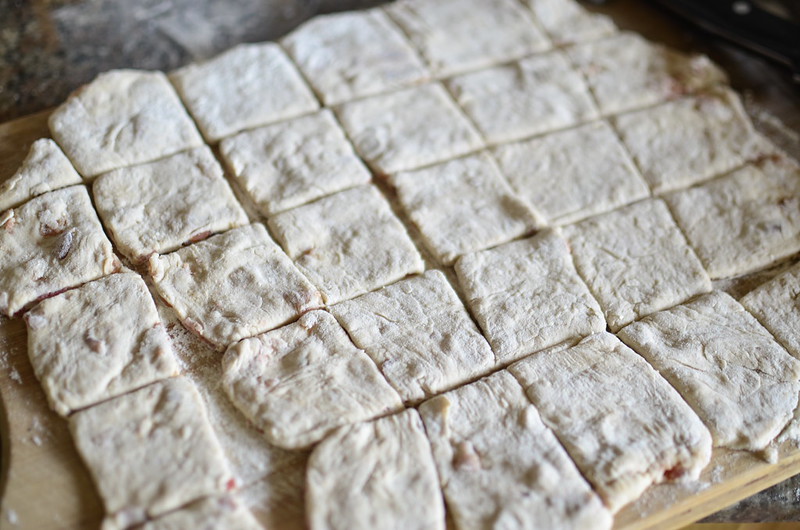 4. Beignets aren’t your typical donuts – being square in shape, typically about 2 X 2 inches and not the regular round of donuts 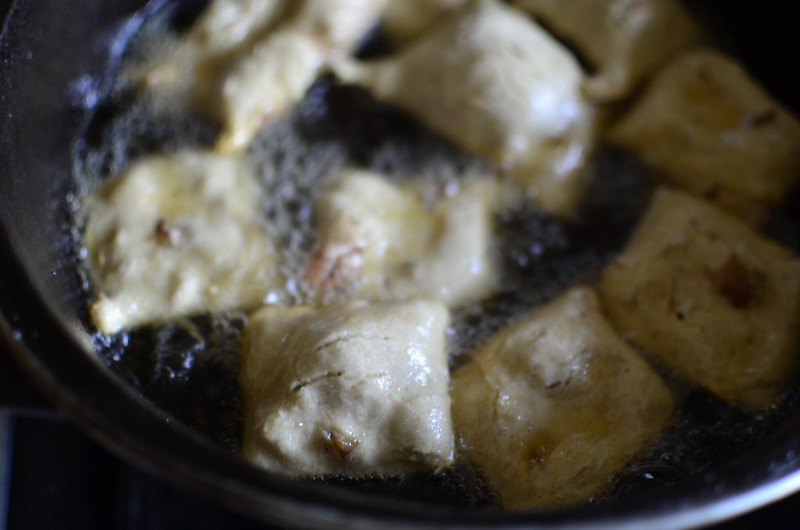 5. Beignets are usually cooked in fats/ oils that have a high smoke point. 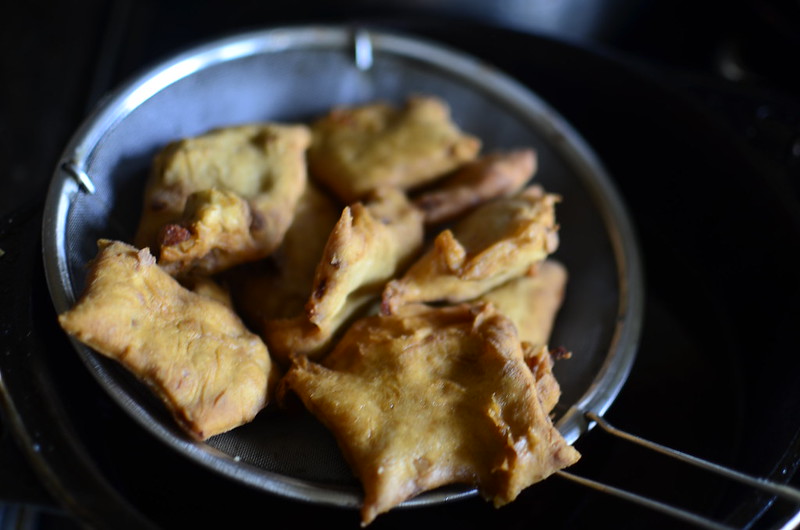 6. Bacon in dessert isn’t new. This particular combination makes for a delicious breakfast – bacon bits, cooked and rendered of the ‘grease’ till they just crisp up. 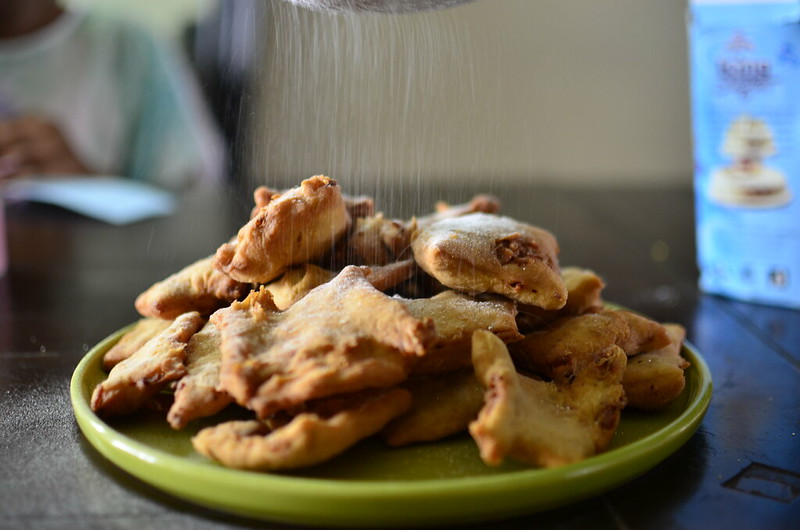 7. In keeping with tradition, the beignets are dusted with icing sugar. The dusting makes me think of fine snow.

8. And then, a drizzle of salted caramel – rich, sweet flavour , which perfectly matches the salty bacon and the blanket, foil of delicious beignet. 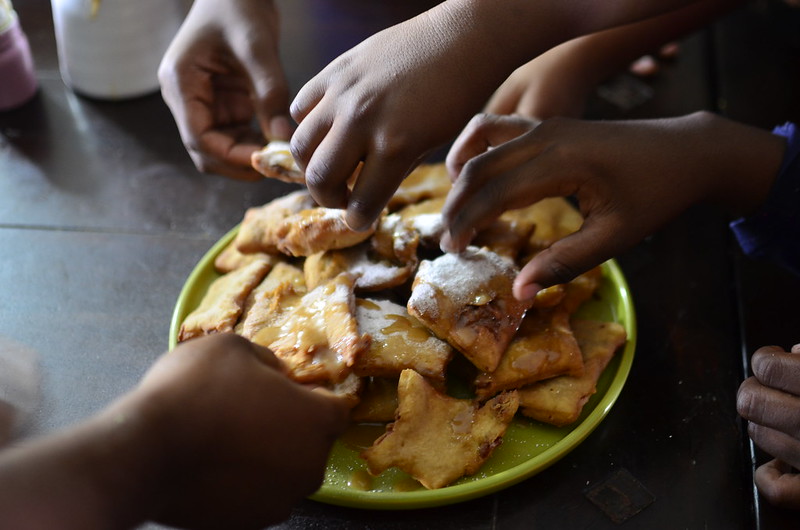 9. Serving up family-style meals are a great way to bring everyone together, introduce them to new foods and generally have a blast. This was a perfect example with hands reaching for beignet after beignet… 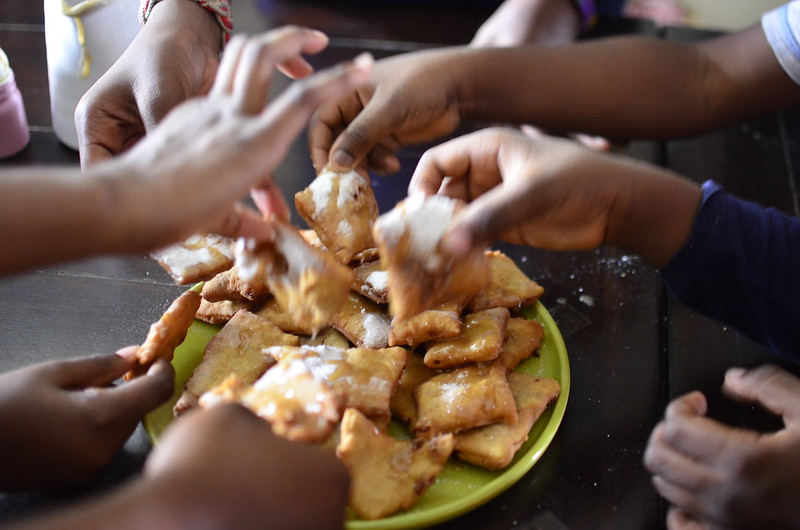 9. Till they were all gone. 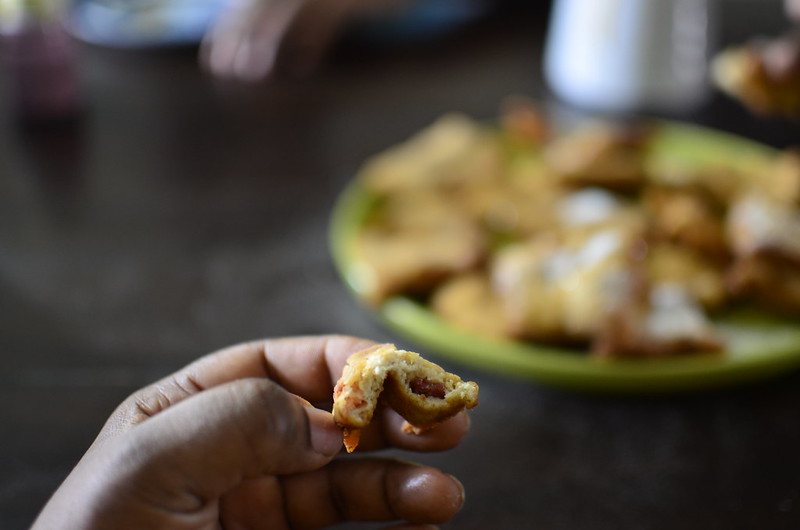 Passionate about food in its entirety – cooking, eating, dreaming, writing and photographing it. ‘Traveller, by plate’, using foodways – the social, cultural and economic practices relating to the production and consumption of food to explore Nigerian cuisine & the world for ‘food is more than eating’.
You might also like
Fried Dough recipesTravel & Exploration

Churros and Chocolate
Kitchen Butterfly is a Winner!