Notes: From a Proud Mama. I grew up writing compositions on every topic under the sun – no thanks to an English teacher of a mother. It is therefore of little surprise that I write now, and that I – like my mother before me- encourage my children to write, even when they are weighed down by reluctance.

I promised all three of them that if they wrote pieces, I would guest post, so here – the first of a few I hope on Italian ice, which we tried many moons ago in Philly.

This was written by J, my now 12-year old first child. 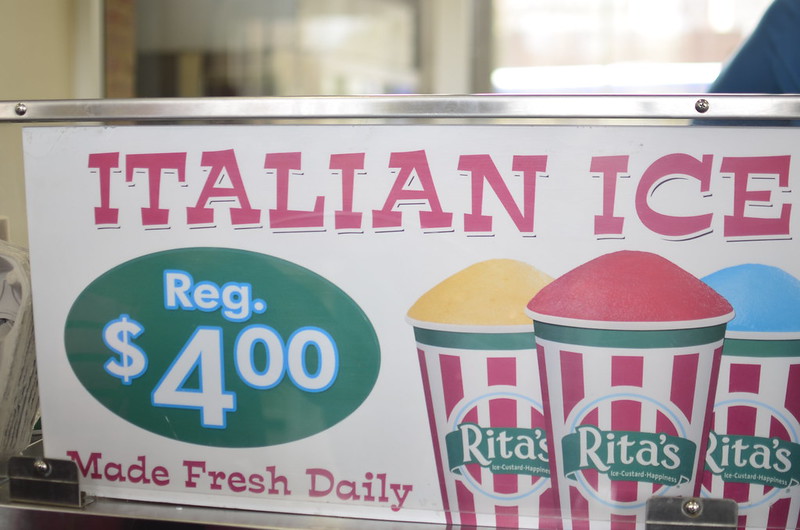 Yesterday, on the 2nd of April, 2015,  I went to Rita’s Ice, a snow cone stand in Independence Hall, Philadelphia, Pennsylvania. 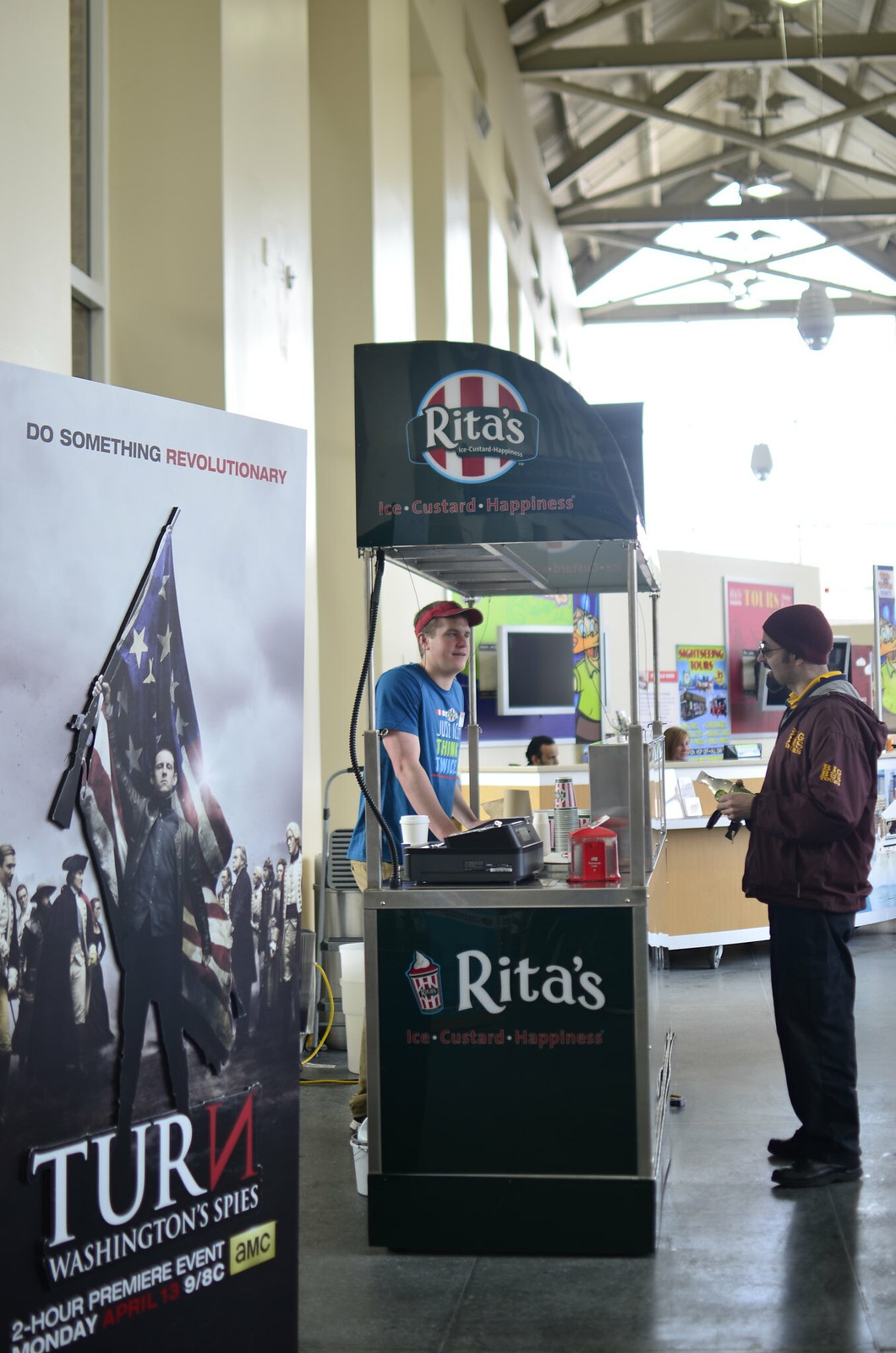 Rita’s Ice is supposed to be Italian ice which is like a slushy, but with less liquid in it.

Italian ice, also known as water ice (particularly in Philadelphia and the Delaware Valley), is a sweetened frozen dessert made with fruit (often from concentrates, juices or purées) or other natural or artificial food flavorings, similar to sorbet.[1][2] Italian ice is not shaved ice that is flavored; rather, it is made by the same process by which ice cream is made: freezing the ingredients while mixing them. Italian ice is similar to sorbet but differs from American-style sherbet in that it does not contain dairy or egg ingredients, though it may contain egg white.[1] Common flavors include blue raspberry, cherry, lemon, mango, orange, strawberry, and watermelon, with numerous other flavors available; Source

I thought it was a snow cone stand but it’s Italian Ice. A snow cone is shaved ice topped with liquid, syrup flavoring. This is not the same as Italian ice. (KB: We had snow cones in Barbados many years ago and loved them) 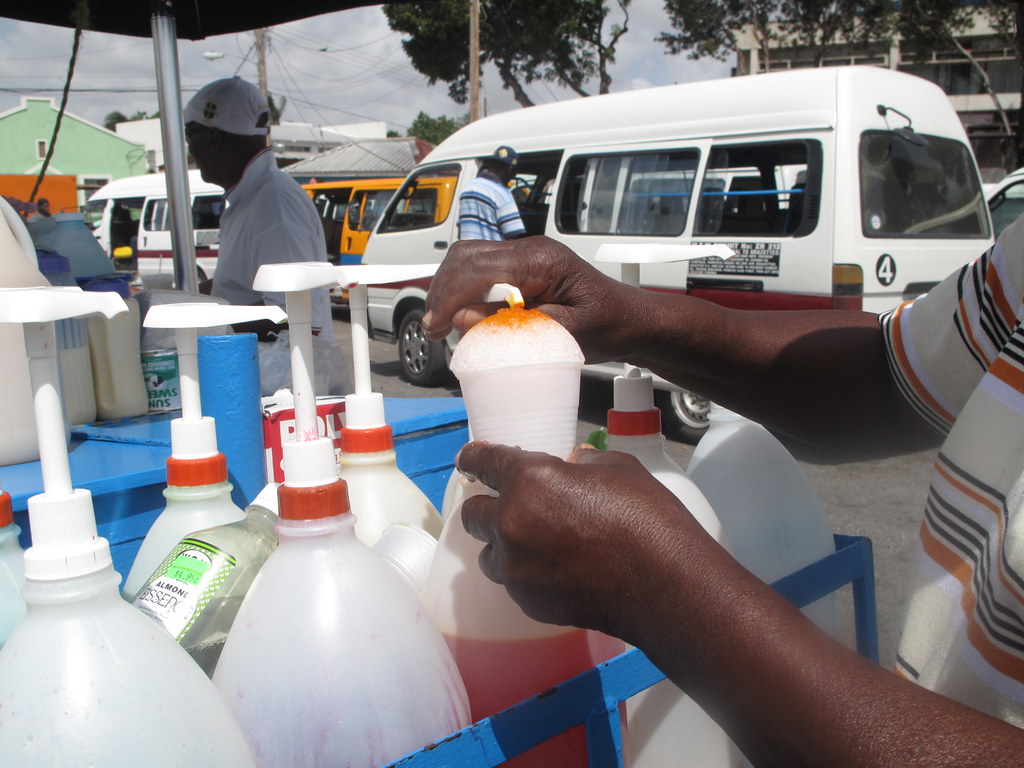 Rita’s ice has nice flavors but there is only one that I really like, which is Alex’s lemonade. When I came, the flavors were cherry, blueberry raspberry, mango, chocolate and Alex’s lemonade. I tried everything except cherry because I don’t generally like cherries. 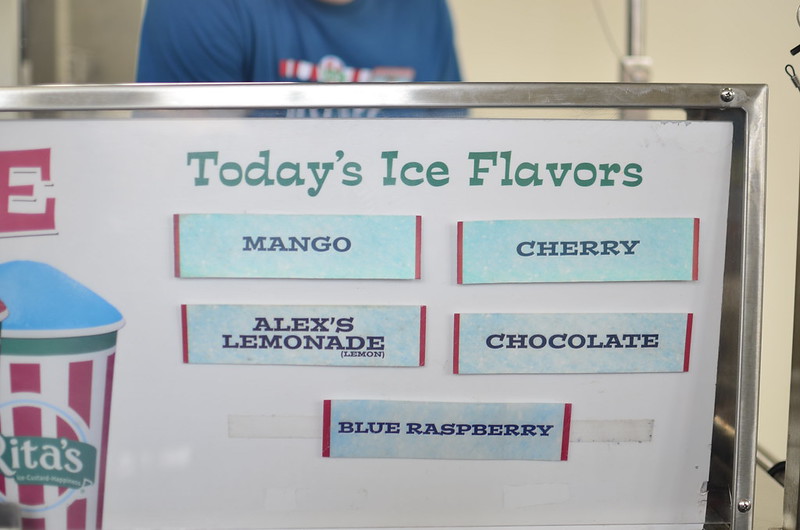 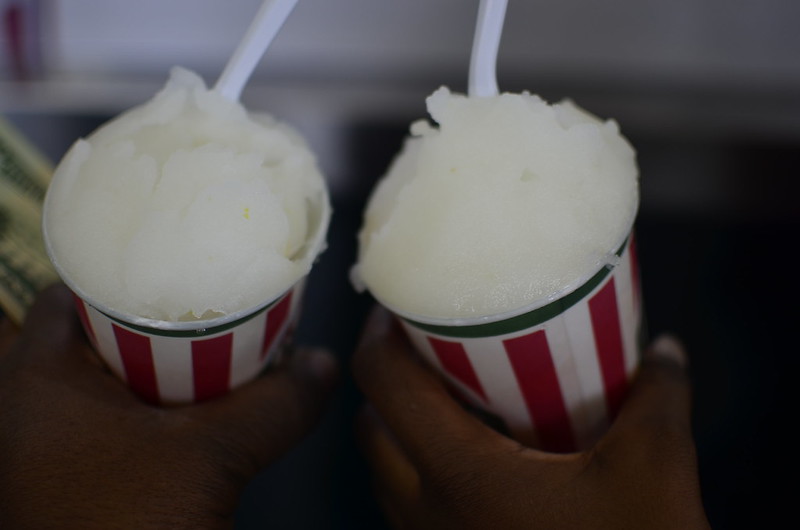 The mango was ok, kitchenbutterfly and my sister had mango. Although I love mangoes, I didn’t have this. 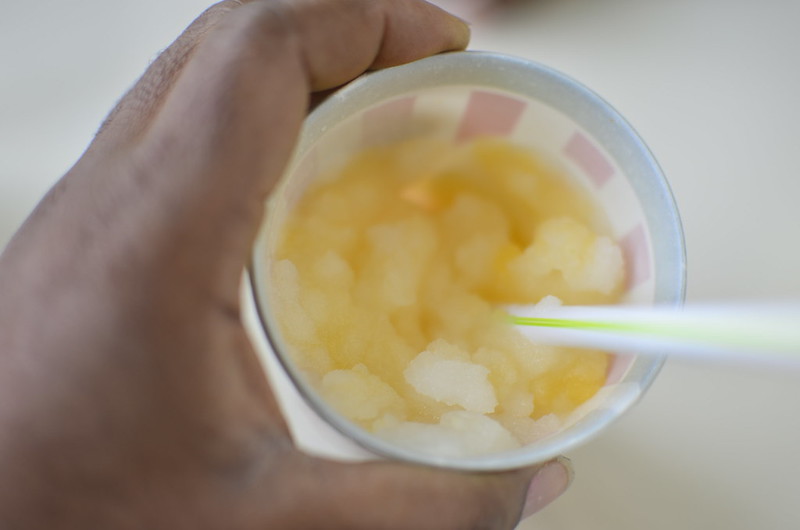 I didn’t like the chocolate at all. To me it didn’t make sense although my brother liked it and had it. 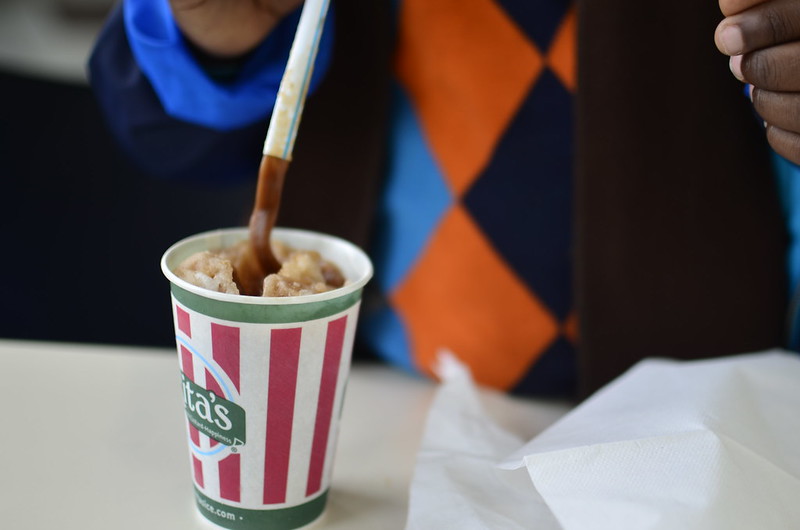 I thought the same thing about Blue raspberry (and mango) – none of us had it. Alex’s lemonade was my favorite so I had it. Kitchenbutterfly and my sister had half and half of Lemonade Mango.The quantities were a lot and none of us were able to finish ours. 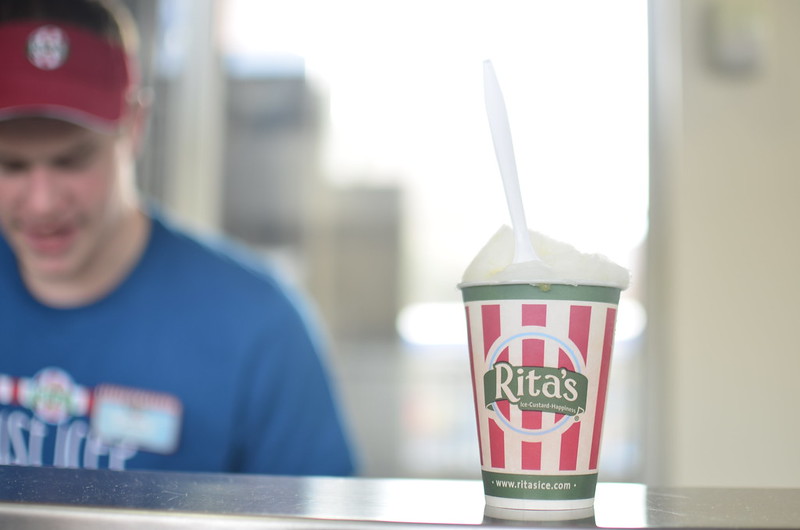 While we ate it, we used spoons till Kitchenbutterfly said we could try straws, which we did and I think we got all the flavors that way.

Rita’s Ice was good in general but I prefer snow cones. 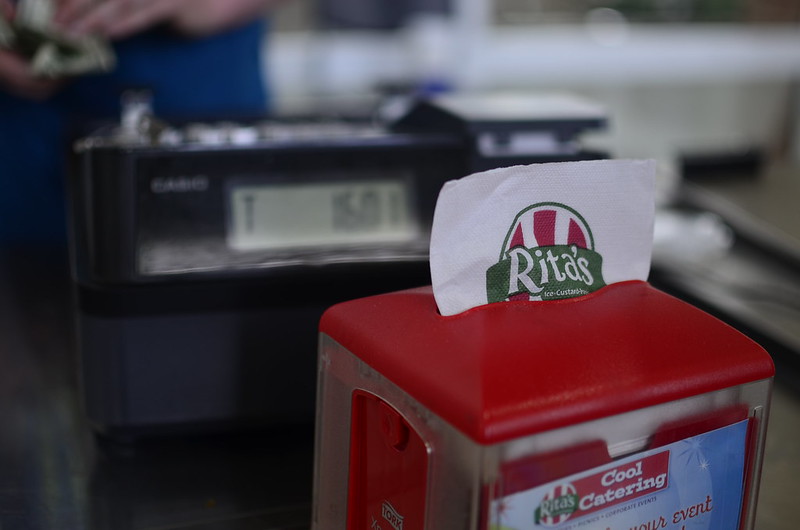 I totally give J 100 points for effort, for some of the photos and for listening to her Mama :). I made some edits, where text is the next word is my replacement. Saying that, I wanted to preserve her voice as much as possible.

Peace & Love and have you tried Italian Ice? Snow cones? Any preference?

Passionate about food in its entirety – cooking, eating, dreaming, writing and photographing it. ‘Traveller, by plate’, using foodways – the social, cultural and economic practices relating to the production and consumption of food to explore Nigerian cuisine & the world for ‘food is more than eating’.
You might also like
Icecream & SorbetsPhiladelphiaTravel & Exploration

A Taste of Camel Milk Gelato in Dubai

Chocolate Valentines….and the meaning of Love!
Kitchen Butterfly is a Winner!