No, I’m not in Philly. No, the memory of grits isn’t what has shocked me into silence these last few months. 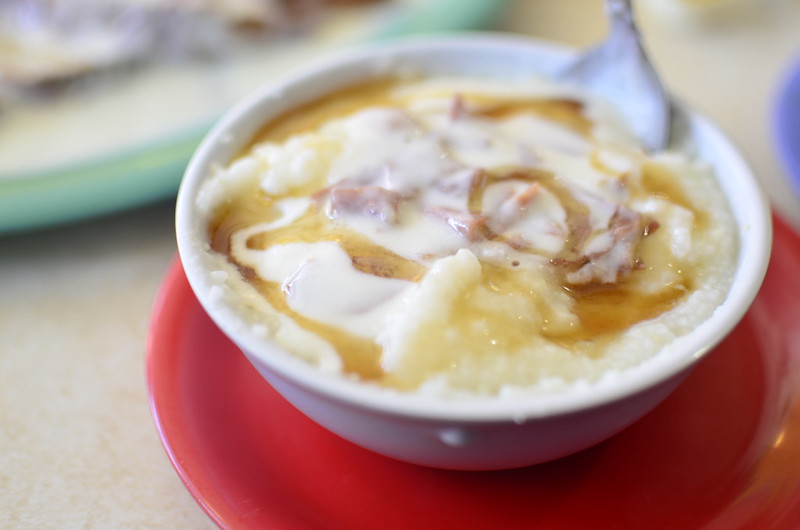 Yes, I’ve finally been to a Diner. Yes, my curiosity has been deeply aroused by Guy Fieri and his ‘Diners, Drive-ins and Dives’. No, I haven’t done the other two but you bet I’m gonna. Soon. 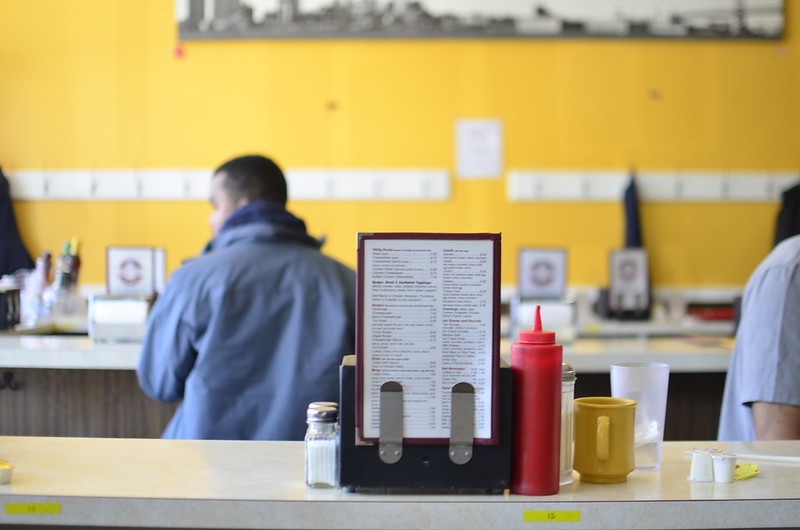 When we walked in Mrs. K’s, carefully selected from one of the many guide books and articles I read, there wasn’t a lot of room. I had to stand around the bar stools – where we’d opted to sit, for a little while. 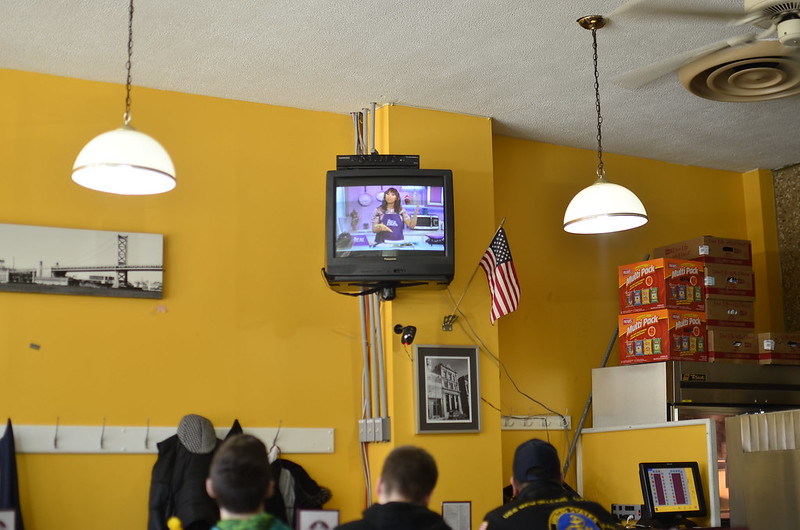 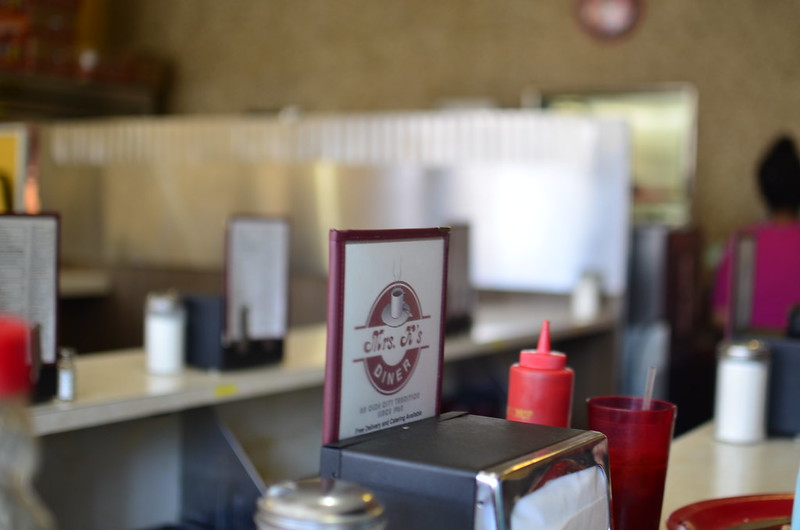 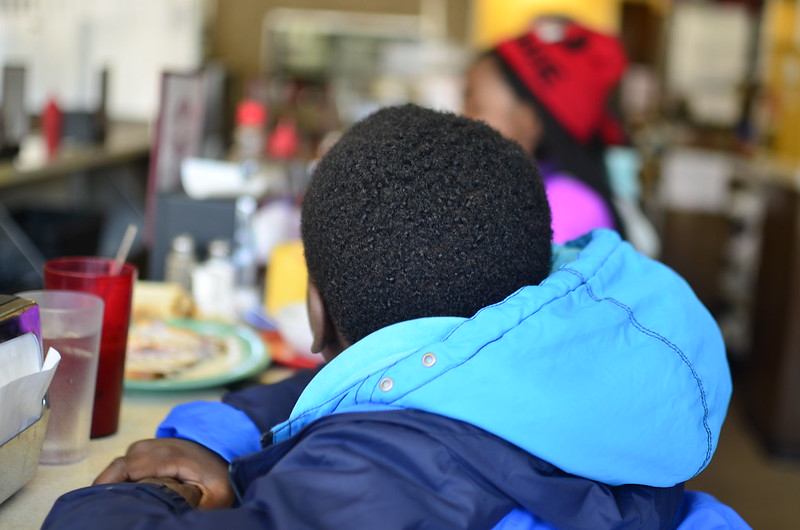 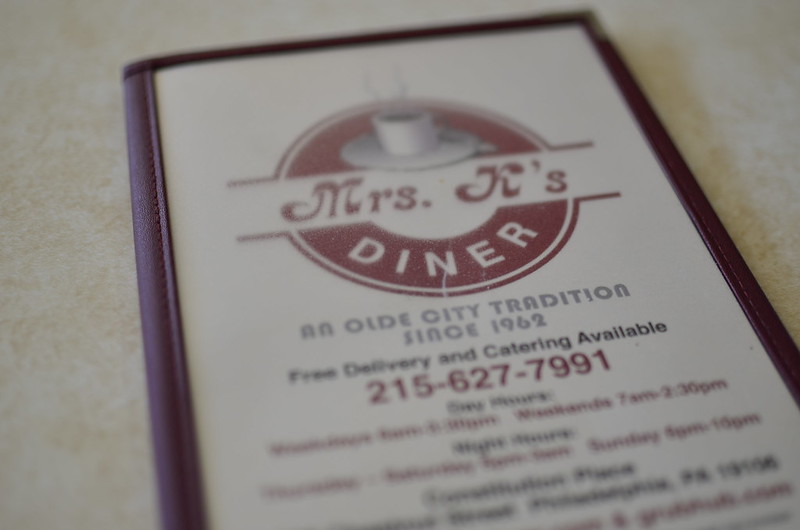 Eventually, we sat down and got into the flow. I’ve always wanted to try Shrimp & Grits, thanks to David Chang and here, right here was my opportunity. But instead of Shrimp, one was going to get served steak, because Philly.

The grits came – creamy, speckled and…gritty. The interesting thing? Topped with a knob of butter. 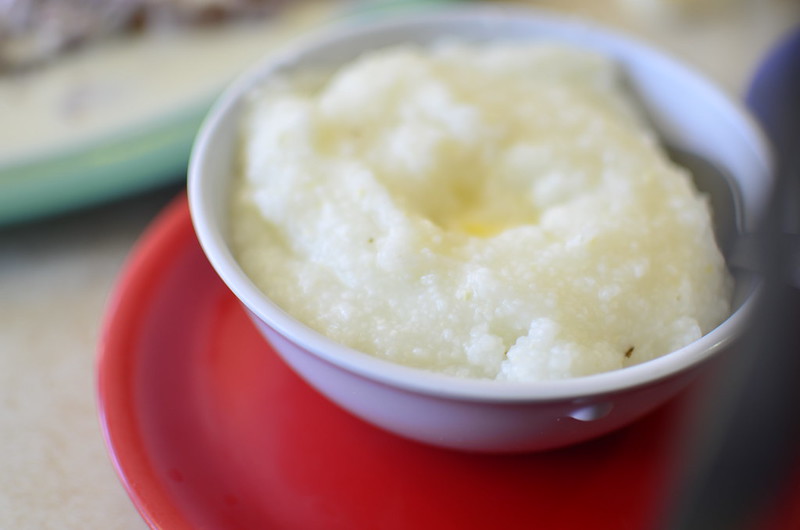 Grits refers to a ground-corn food of Native American origin that is common in the Southern United States and eaten mainly at breakfast. Modern grits are commonly made of alkali-treated corn known as hominy. Grits are similar to other thick maize-based porridges from around the world such as polenta; Source: Wikipedia 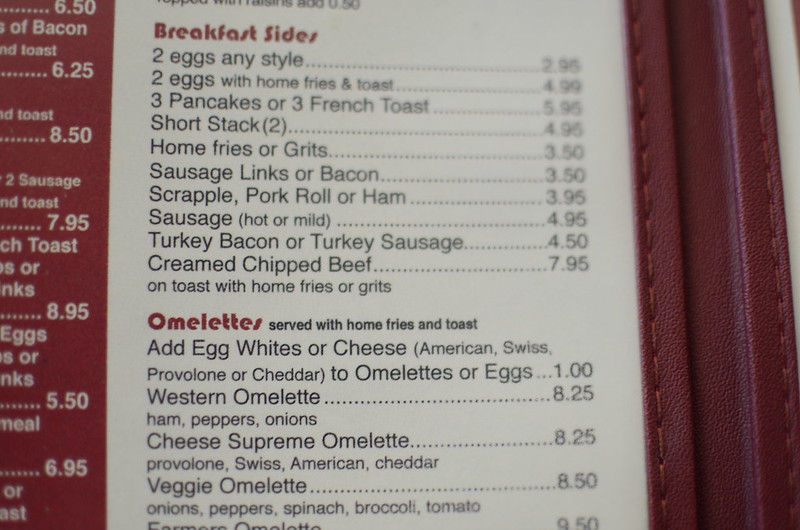 I struggled through the first few mouthfuls before Mrs. K’s mum – Mrs. K was at work I think – added some cheese, a slice of processed cheese, grilled till melted. 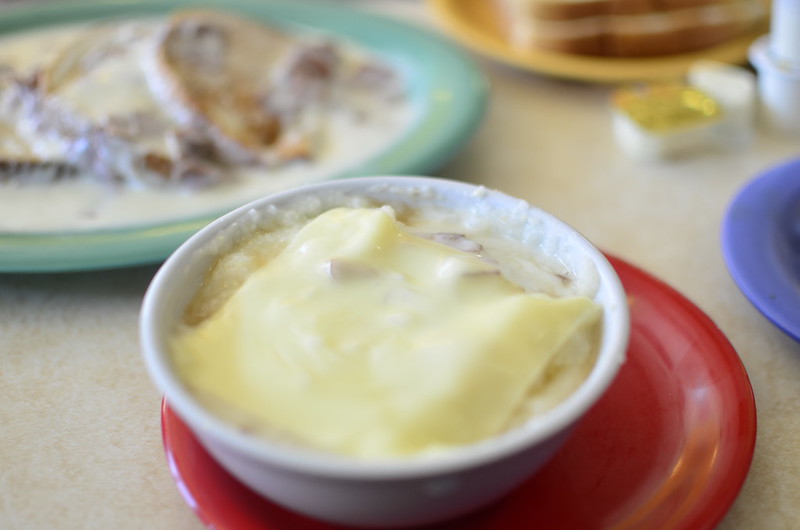 It was better but I wasn’t feeling it totally, so I added some chipped steak, and a whole lotta pancake syrup and then it was bearable. And all I could think of was Akamu, pap – a smooth, cooked mixture made from fermented corn. Essentially fermented corn starch.

Grits. Polenta. Akamu – all corn-based, all different and tres intressant.

While our pap is soaked, ground and the starch extracted, this is generally treated with an alkali-solution, dried them milled. The result, pap with bits.

We have our pap with milk and sugar, a sweet pap while grits are mostly served savoury with salt, pepper and cheese. And shrimps and a host of other things.

I found it hard going to have it salted which is why I  went for a sweet and sour ‘kettlecorn thing’ with syrup. It was interesting to try, that box now firmly ticked.

I would love to try it at Momofuku though. Anything from @davidchang ❤. There. One American adventure down. Grits had. We’re more similar across cuisines than we know – I loveeeee the discoveries.

Are you a fan of grits?

In Philadelphia? Check out Mrs. K’s