The Legend of Blue Willow The first time I saw the plates after decades was at a furniture showroom, off Rumuola road, Port Harcourt. The year was 2012.

I lost no time in purchasing two sets for a princely sum of…I can’t remember.

The traditional willow design always features a large beautiful Chinese home with willow tree, small bridge with 3 figures, a humble servants house at the foot of the bridge, a small Chinese boat & of course the famous love birds above the willow tree. The romantic lore of the design could have added to it’s popularity over the years; eBay 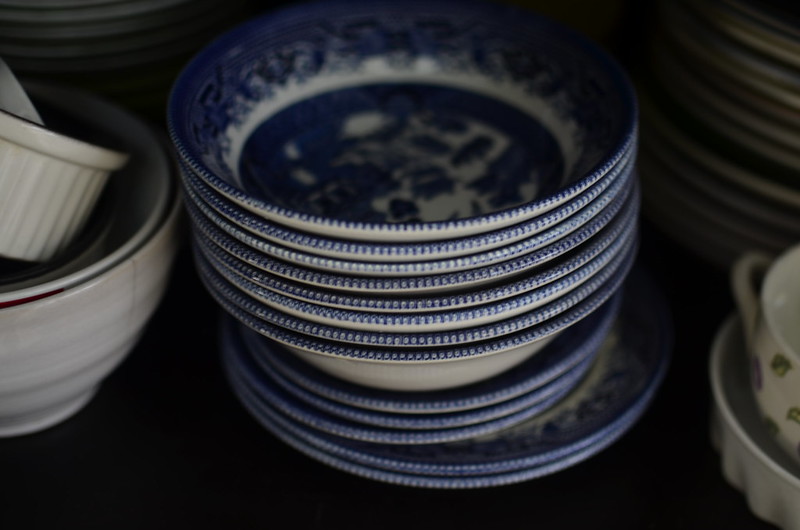 The plates held far too many childhood memories to be left. Little did I know that printed upon the ceramic side plates and saucers, bowls and soup bowls, there was a story, legend, folklore.

When I began sharing photos of them on Instagram and Twitter, some one or the other would share memories of ‘way back when’, and mothers and sideboards.

The Willow pattern plate is a distinctive and elaborate pattern used on ceramic kitchen/housewares. The willow pattern was popular in 18th century England, e.g., porcelain designed by Thomas Minton around 1790 and has been in use for over 200 years. The design was inspired by the china England imported from China during the late 18th century. Other references give alternative origins, such as Thomas Turner of Caughley porcelain, with a design date of 1780. Willow refers to the pattern, a specific treatment, either applied transfer, or stamp, known as transferware. Background colour is always white, while foreground colour depends on the maker; blue the most common, followed by pink, green, and brown. Assortment, shape and dates of production vary; Wikipedia 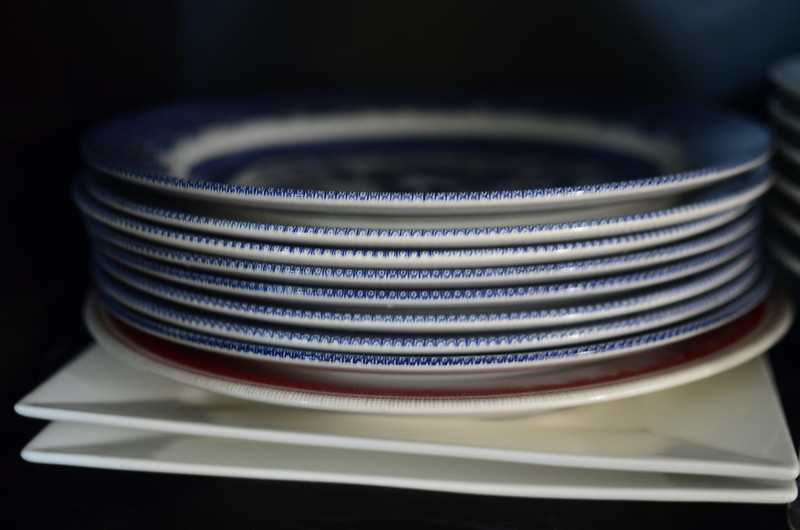 The second time I saw them, I bought them too. A gift of cash for my birthday from my older sister secured the breakfast set, complete with teacups and saucers.

And so it was, one fine evening, we sat down to dinner with Timi, and a friend Will. Pancakes on the table, blue plates out with cream and syrup, blueberries and bananas, we were set to feast.

Will held up a plate and asked the children if they knew the story…and so it was he traced lines and paths, roofs and boats and palaces and doves and took us on a ‘journey’ round the plate.

I mean, who knew there was a Willow story?

Long ago, in the days when China was ruled by emperors, a Chinese mandarin, Tso Ling, lived in the magnificent pagoda under the branches of the apple tree on the right of the bridge, over which droops the famous willow tree, and in front of which is seen the graceful lines of the fence. 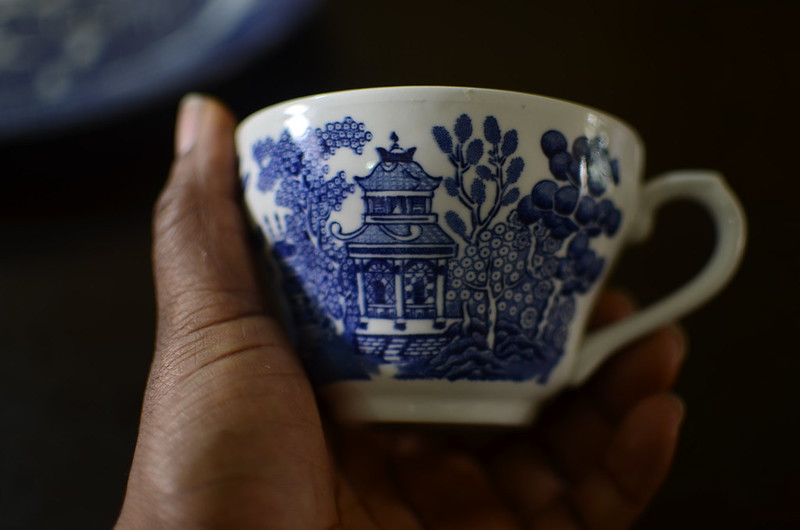 Tso Ling was the father of a beautiful girl, Kwang-se, who was the promised bride of an old but wealthy merchant. The girl, however, fell in love with Chang, her father’s clerk. The lovers eloped across the sea to the cottage on the island. 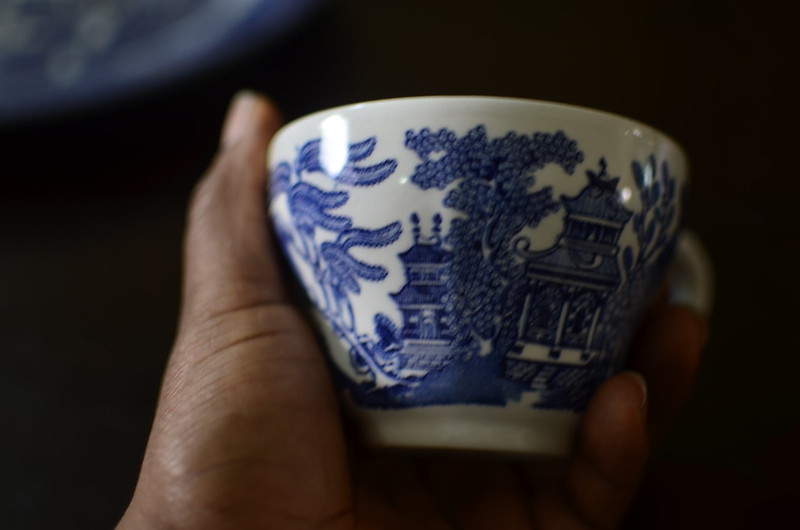 The mandarin pursued and caught the lovers and was about to have them killed when the gods transformed them into a pair of turtle doves. These are seen gazing into each other’s eyes at the top of the design. 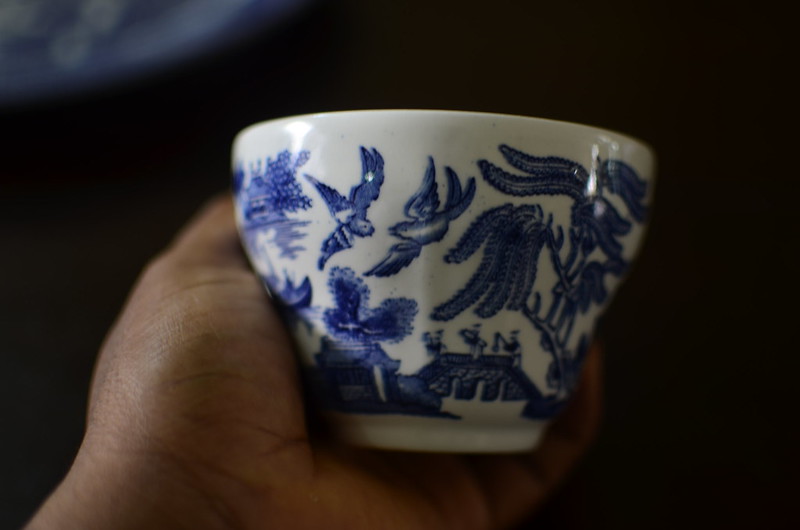 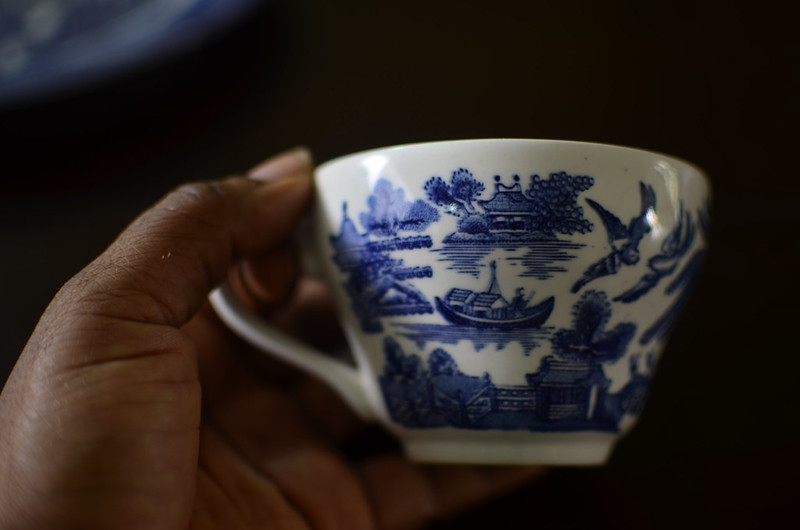 So yes, it was a delightful evening, at the table, learning more about the piece of china, ceramic set before us. True story or not.

Missing pieces of a puzzle one never knew existed.

Passionate about food in its entirety – cooking, eating, dreaming, writing and photographing it. ‘Traveller, by plate’, using foodways – the social, cultural and economic practices relating to the production and consumption of food to explore Nigerian cuisine & the world for ‘food is more than eating’.
You might also like
DesignMusings

Technique: How to Juice a Lime

The great knife debate
Kitchen Butterfly is a Winner!