Garri, good for more than drinking and making into ‘Eba’.

Garri, excellent for crusting and crumbing.

And for toasting too. 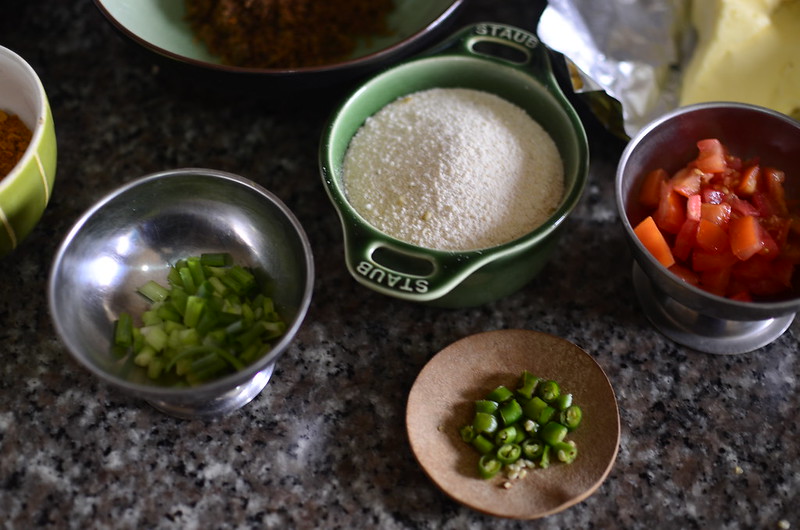 If you go to any self-respecting churrasco house with the stars and stripes of Brasilia, expect to be served farofa.

Churrasco (Portuguese: [ʃuˈʁasku], Spanish: [tʃuˈrasko]) is a Portuguese and Spanish term referring to beef or grilled meat more generally, differing across Latin America and Europe, but a prominent feature in the cuisine of Uruguay, Brazil, Bolivia, Argentina, Chile, Colombia, Nicaragua and other Latin American countries; Wikipedia

This dish of pan fried garri, manioc, cassava is the equivalent of Morocco’s couscous.

Fried in butter, studded with vegetables and seasoned with spices, it is all shades of yum. 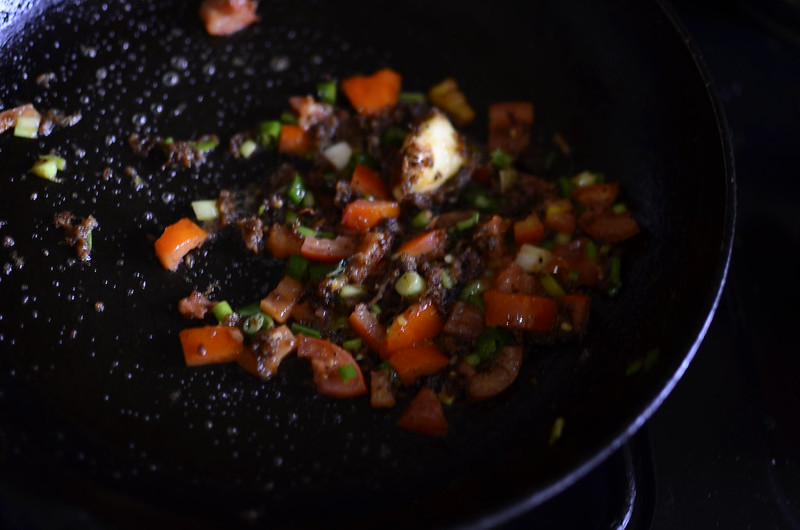 Yes people, garri can be, is more than eba. 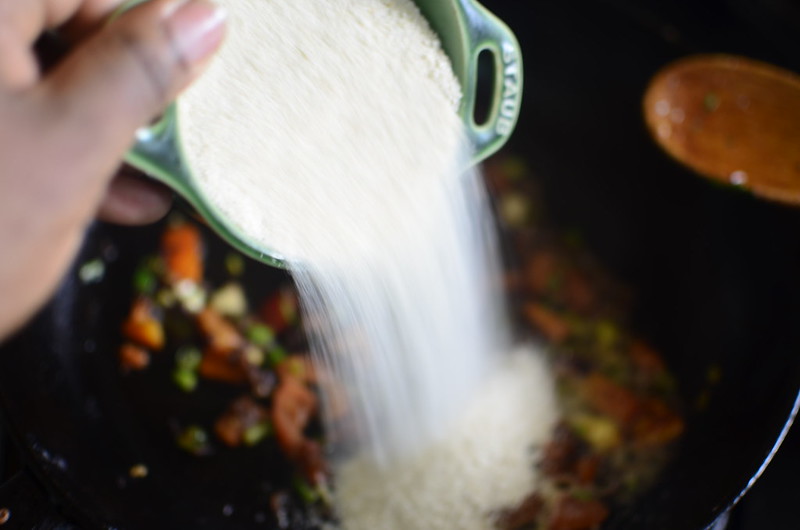 I grew up sprinkling dry garri on everything from beans to avocados so I get this being not only a glorious accompaniment to meats but to Feijoada, Brazil’s famed black bean stew. 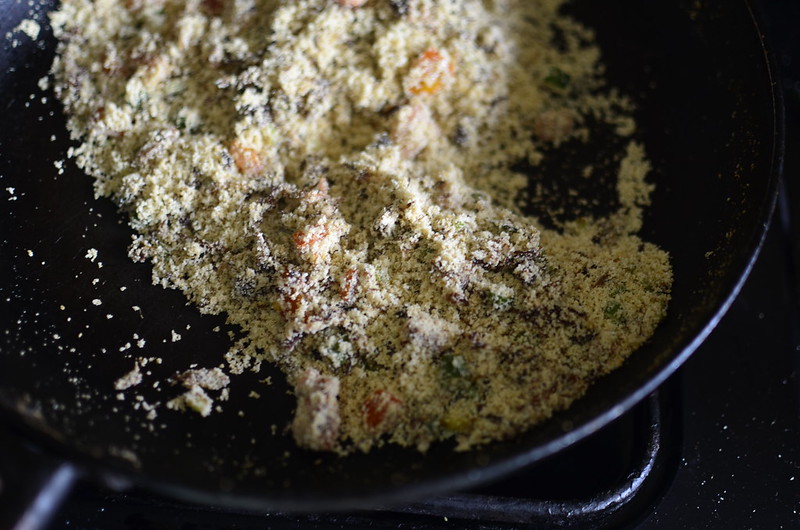 Feijoada (European Portuguese: [fɐjʒuˈaðɐ], Brazilian Portuguese: [fejʒuˈadɐ]) is a stew of beans with beef and pork,[1]which is a typical Portuguese dish. Feijoada is also typically cooked in former Portuguese colonies such as Brazil, Macau, Angola, Mozambique and Goa (India). However, the recipe can differ slightly from one country to another.[2]

The name comes from feijão, Portuguese for “beans”; Wikipedia

Yes, Farofa makes a great side, it apparently also works as ‘stuffing’ for chicken. Oh Lawd.

I’ve opted for a version with dambun nama, shredded beef and cousin to dambun kazaa. I anticipated it would be a bit dry even though I planned to incorporate vegetables in it, so I served it on a bed of sauteed greens. 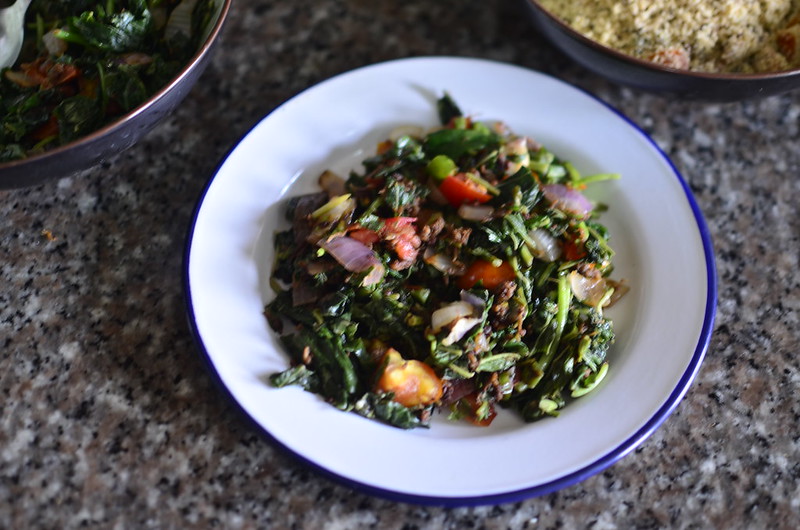 We loved it let me say right off the bat. My children, all of them tried a bit and then demanded more.

Farofa is a toasted cassava flour mixture,[1] though variants are made with maize flour (farinha de milho), and flavors can vary. It is eaten in South America. It can be found commercially produced and packaged but is often prepared at home based on family recipes. Most recipes will also contain varying amounts of salt, smoked meat, and spices. The consistency of the mixture ranges from large grains the size of cracked bulgur wheat or couscous down to a table-salt-sized powder. Most farofas have a very smoky and slightly salty taste, by and large used to accentuate the taste of meat, particularly barbecued meat and hearty stews; Wikipedia 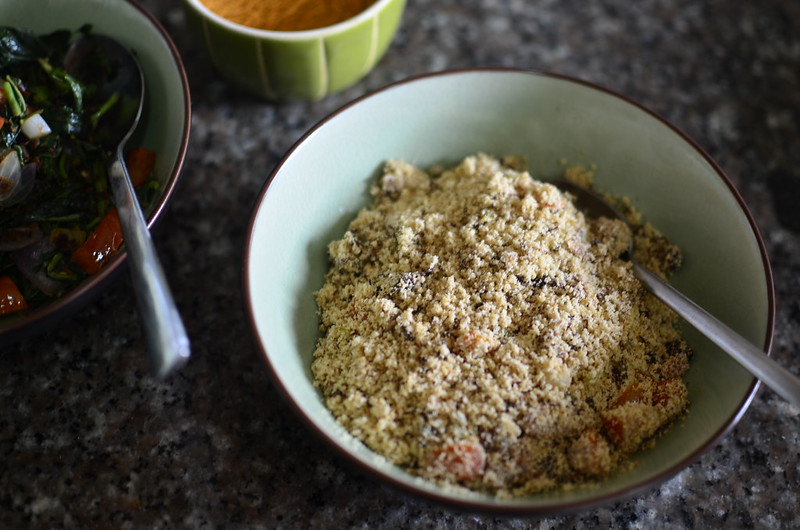 It was such a delight, not to mention fascinating exploration with an ingredient I am and have always been familiar with but to experience it in new ways is pure joy.

You could totally go vegan with this. I would opt for avocados in the mix once toasted – I love garri and avocados. I have made them into truffles and enjoyed an avocado boat :).

I think it would be nice with ground peanuts to finish – garri and groundnuts are another classic combination when ‘soaking’ garri in water, often with sugar to enjoy as cereal/ a snack. Peeled, roasted groundnuts elevate this to a whole other level.

There is so much more you could do with this

Yes, the possibilities are as good as you can think them up.

Here is one, only one realisation. And it was pretty damn good too. 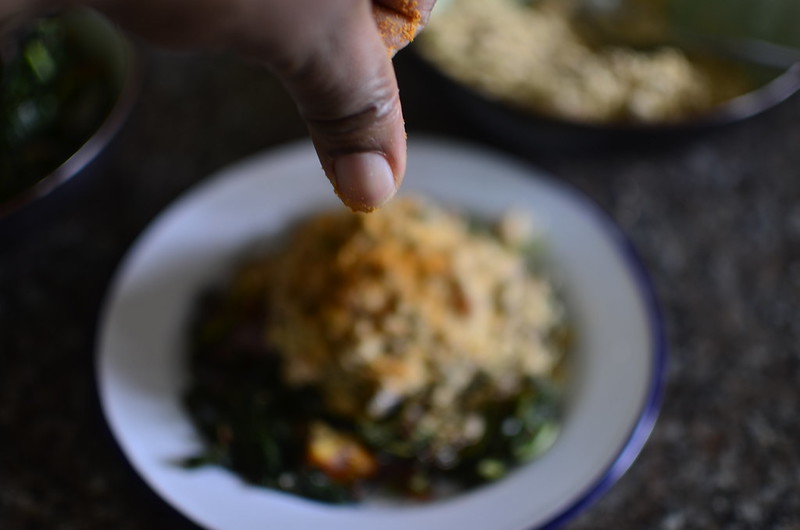 A sprinkling of yaji

All shades of awesome. I topped with yaji and scent leaf sauce. The awesomeness is awesoooooome. 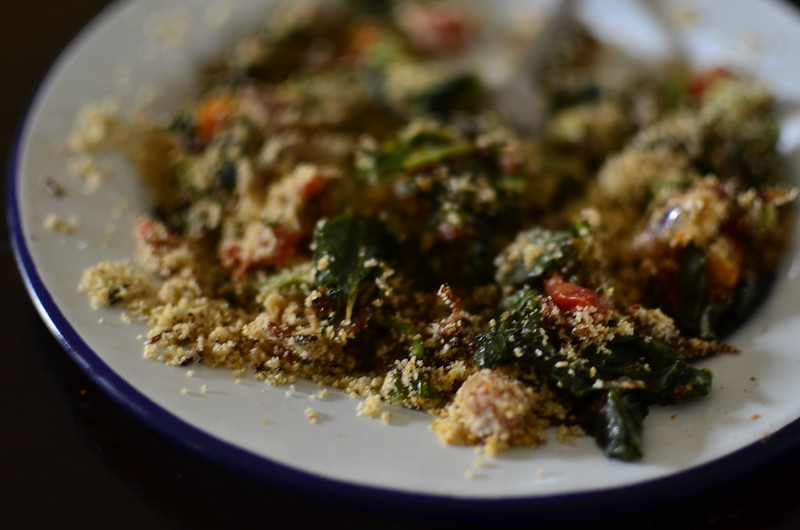 How do you like your garri? Toasted, pan-fried, soaked :)?

Passionate about food in its entirety – cooking, eating, dreaming, writing and photographing it. ‘Traveller, by plate’, using foodways – the social, cultural and economic practices relating to the production and consumption of food to explore Nigerian cuisine & the world for ‘food is more than eating’.
You might also like
Gluten-free recipesNigerian-Brazilian recipesNigerian CuisineRecipes